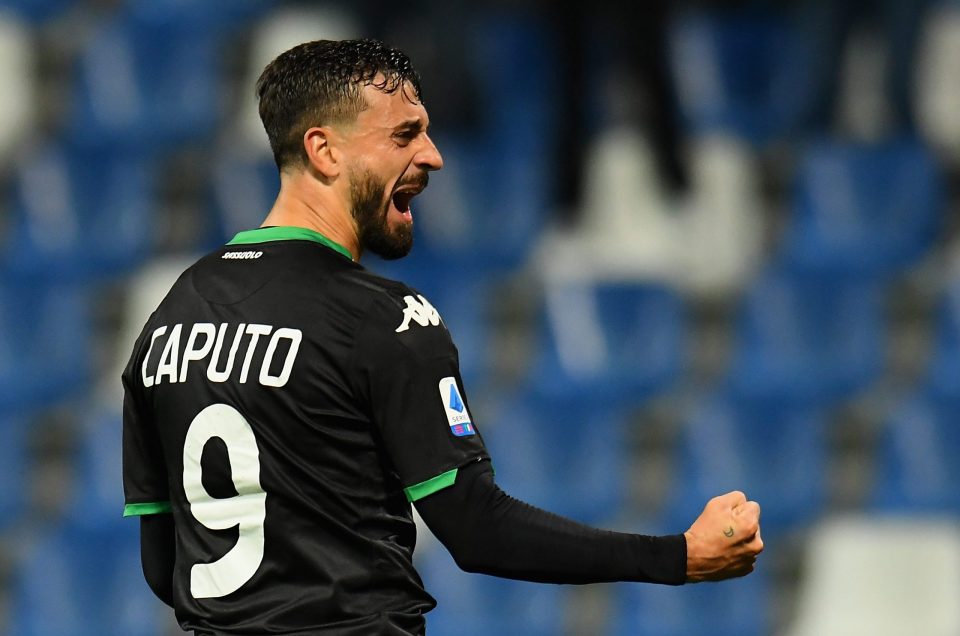 Sassuolo striker Francesco ‘Ciccio’ Caputo has revealed he is not willing to entertain the possibility of being reunited with former manager Antonio Conte at Inter until any sort of offer is made.

Caputo worked under Conte during his infancy in club management at Bari and in an interview with Milan based newspaper Gazzetta dello Sport, which appeared in today’s print edition, he was asked what he would do if Conte came calling for him.

Inter have not drawn any sort of links to Caputo in recent weeks or months but have drawn links to a number of older strikers such as Chelsea’s Olivier Giroud as they look to bolster their attack.

“It is difficult to answer what I would do because I am happy at Sassuolo. Before I think about it, an offer would have to arrive,” he remarked.

The 32-year-old forward has been on the books of his current employers since this past Summer and he has been in fine form this term having netted 13 goals and tallied four assists in 24 Serie A games to date.