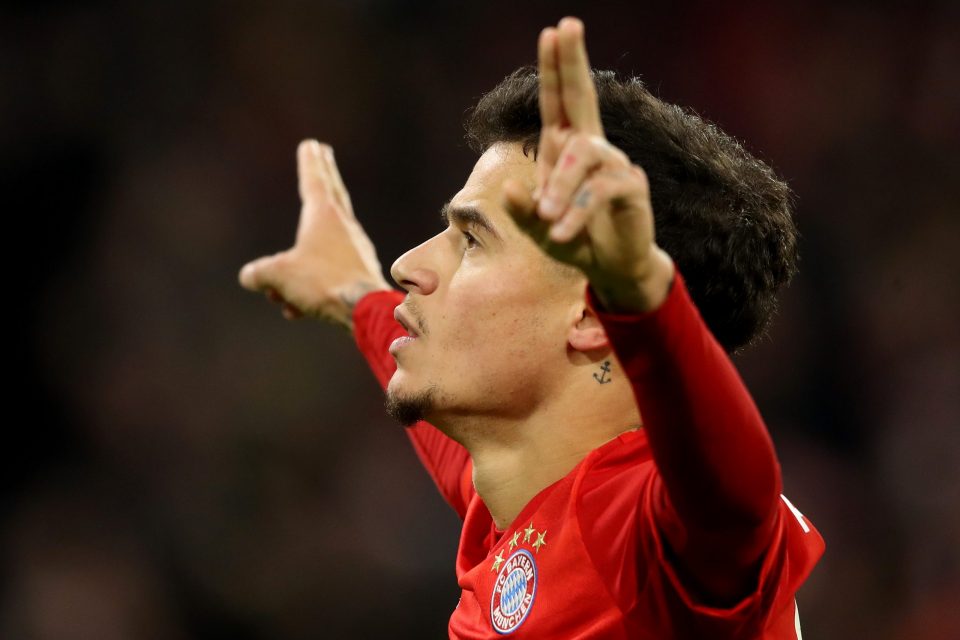 Barcelona’s Philippe Coutinho is not one of the players Inter manager Antonio Conte has his eyes on, at least according to a report from Italian news outlet CalcioMercato.com.

Reports in the past few days and weeks have suggested that Inter could move for the Brazilian attacking midfielder but this report states that Conte has other targets in mind and has already told the club’s management about who he would like brought in to the club in the coming months.

Coutinho is currently out on loan at Bayern Munich and it has been widely reported that they will not take up their option to sign him and thus he will end up at Barcelona but the reigning Spanish champions wish to offload him.

Inter’s arch rivals Juventus have also been linked with the former Liverpool player but the report goes on to state that he is not a first choice for the Bianconeri club.