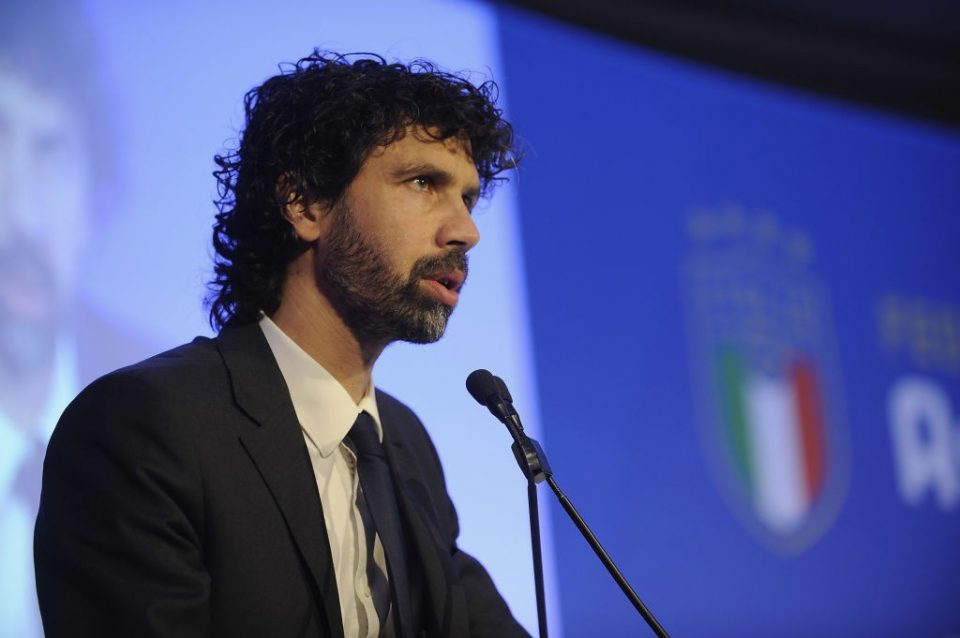 Damiano Tommasi, the President of the Italian Professional Footballers’ Association, the AIC, discussed the ongoing Coronavirus emergency, the season and the players’ salary cuts in an interview in today’s paper edition of the Milano based newspaper Gazzetta dello Sport.

First, he discussed the impact of the salary cut for the players.

“Some institutions, such as FIFA and UEFA, could make funds available to limit the economic problems. And, besides, don’t forget women’s football. And the same goes for the guys in Serie C and D, who in the worst-case scenario could even look for something else.

“I’m sorry to have such fears and believe me I would have gladly avoided having them and talking about them.”

The current AIC President and former Giallorossi midfielder then touched on how the cuts would affect players in the lower leagues.

“Let’s look precisely at Serie D. How many players, with a wife and kids, live off money from football? For them it’s a fundamental expense reimbursement, which together with the main salary, the ‘first job’ salary, makes it possible to survive past the end of the month.

“In any case, a lot will depend on the timing of the possible recovery. And here, honestly, there is still some uncertainty.”

Tommassi then decided to look ahead focusing on when Italian football may begin to see the light at the end of the tunnel.

“It’s hard to predict, no one can, presidents, executives, footballers, no one. Only the virus and what you’re trying to do to defeat it will decide. I noticed one thing, I’ll use a football comparison.

“A player suffers a particularly serious injury, he understands it immediately and leaves charged to come back, but then the last month is the part that really counts. Now we’re close to recovery, there’s no need to be in a hurry, it’s essential to proceed gradually.”

The AIC president was not in a hurry to restart the leagues in order to help protect the safety of the players.

“The hope, and I’m speaking for the AIC, is to get back on the field quickly, maybe even in the summer. You know, with the beaches full of tourists.

“However, I want to repeat myself, to do that, there must be absolute guarantees. The health and safety of families come first, when there will be no more danger we will return to think about training and the resumption of official matches.

“Other things count today, how many people have died? How many of them, and the thought also goes to Gianni Mura, a great Italian journalist, have left us without receiving the goodbye they deserved? All this cannot go unnoticed. Like the image of the military vehicles, which carried coffins in Bergamo, in a few years, we will see those shots in the history books.”

“Almost identical discussion to that of the matches, who determines when to go back to training? If so, how? With a full roster, in groups or maybe individually? Here, too, they’ll decide the natural course of things and the process of returning, as it were, to normal.”