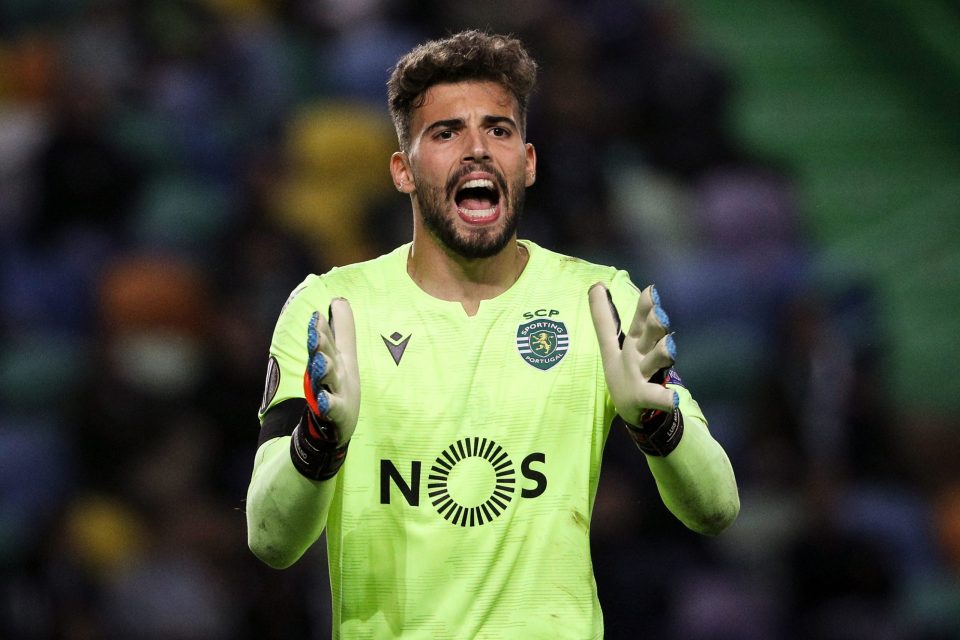 Real Madrid have become the latest club to spark an interest in signing highly rated Sporting goalkeeper Luis Maximiano according to a report from Portuguese newspaper A Bola.

Inter and AC Milan have both been linked with the 21-year-old shot-stopper in the past few days and the two rivals will now be competing with Los Blancos for his signature, as per this report.

Maximiano has had his breakthrough season this term at Sporting with him having been their starting goalkeeper since around November time.

He is currently under contract with the club until the end of the 2022/23 season and a recent report has suggested that Sporting are keen to sign him to a new deal that could contain a €60 million release clause.

This season the Portuguese youth national team representative has made 23 appearances across all competitions to date. He has conceded 30 goals and he has kept a total of seven clean sheets.