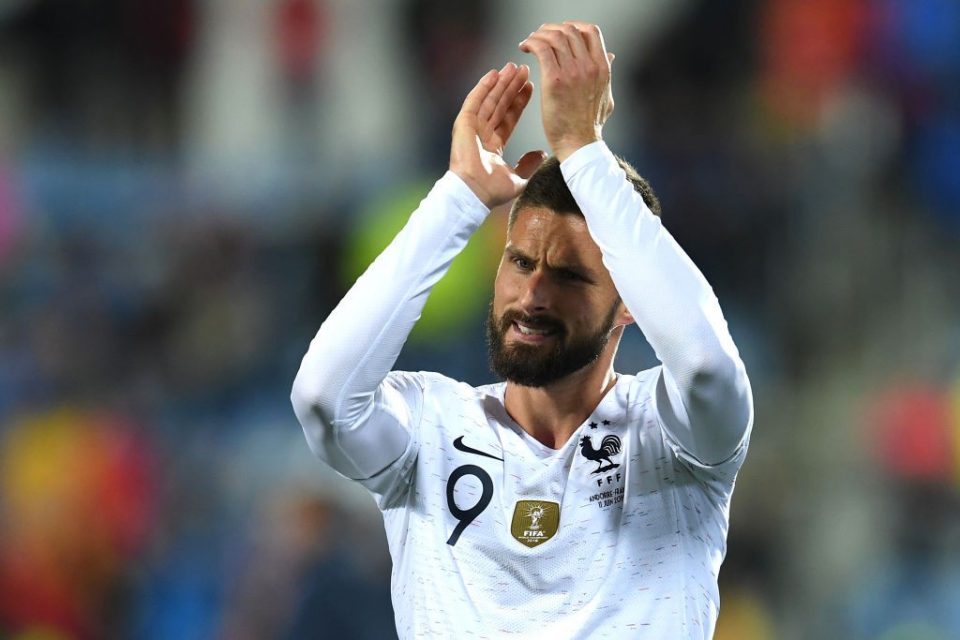 Olivier Giroud is pondering whether to stay with Chelsea or not according to a report in today’s print edition of Italian news outlet CalcioMercato.com.

The experienced French national team striker is out of contract with the Premier League outfit come the end of this season but is thinking about possibly remaining with the Blues for at least another year.

Due to his expiring contract status, he has drawn links to a number of clubs, especially both Inter and Lazio, who showed a keen interest in him back in the January transfer window and continue to do so.

The 33-year-old forward has seen his playing time reduced this season due to the emergence of several young players at Chelsea and has been limited to just 684 minutes on the field which have been spread across 13 appearances across all competitions to date.

The 2018 World Cup winner has scored three goals but has been unable to provide any assists for teammates.