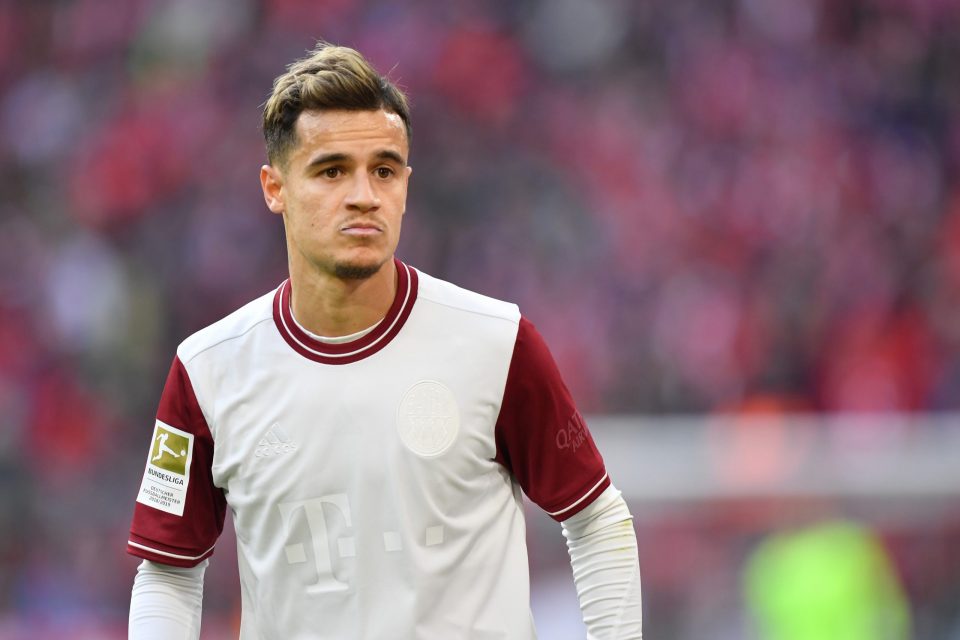 Barcelona midfielder Philippe Coutinho’s agent Kia Joorabchian has refused to rule anything out when it comes to the future of his client.

The Brazilian national team player is currently out on loan at Bundesliga club Bayern Munich and reports have suggested they do not wish to take up the option to buy that they have for him and this has led to several other clubs being linked with him.

Inter have been linked with making a move for Coutinho as have a host of Premier League clubs including Chelsea, Manchester United and Everton.

“I don’t have any preference where the players go. I don’t try to push someone to one club or another. Everything is a possibility,” Joorabchian remarked in an interview with British broadcaster Sky Sport earlier on today.

“The question is what are going to be the financial conditions of all the clubs, including Barcelona and all the Premier League clubs at the end of this pandemic.”

27-year-old Coutinho, who has a contract with Barcelona until 2023, has made 32 appearances across all competitions to date this term.

In little over 2000 minutes on the field, he has scored nine goals and has also provided eight assists for his teammates at the Bavaria based club.