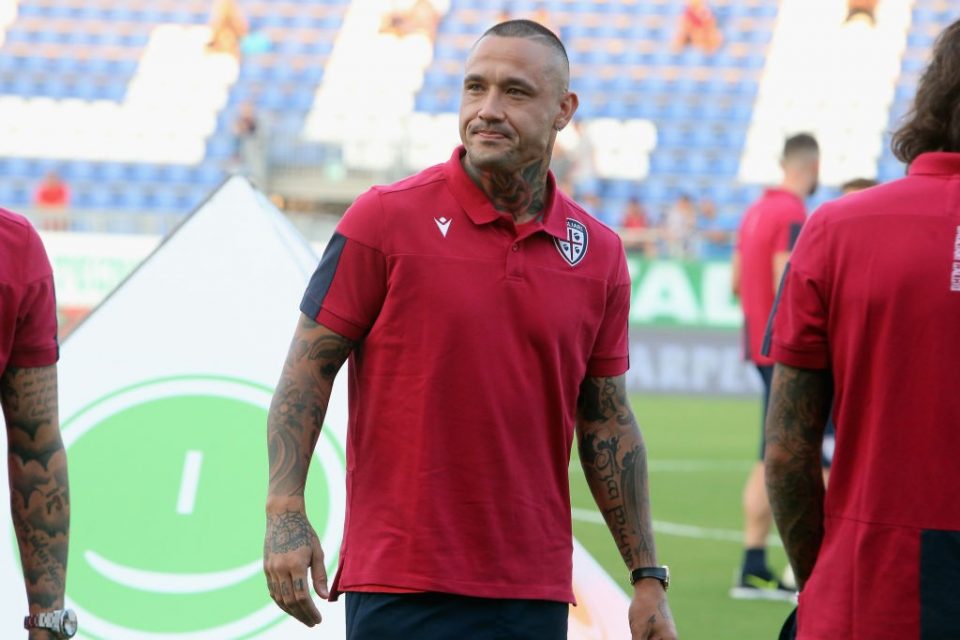 Cagliari president Tommaso Giulini discussed the ongoing Coronavirus emergency and the upcoming summer transfer window in an interview in today’s paper edition of the Milano based newspaper Gazzetta dello Sport.

First, he spoke about the chances of Inter owned midfielder Radja Nainggolan remaining at the club after his loan expires at the end of this season.

“If he wants to stay, we’ll try to negotiate with Inter, but it’s a tough one. Objectively speaking, in the world of post coronavirus football, Cagliari can’t even afford half of his salary.”

The Rossoblu president discussed the resumption of training and restart of the league.

“I don’t make predictions and it would be good for everyone to avoid proclamations and imagine dates. There has been too much talk at a time when it would have been more respectful and responsible to keep quiet and wait given the situation and the dead. Simply put, when the health conditions to resume are there we will do so.

“Today these conditions aren’t there. Rather, we will have to think about the future of football, which frankly worries me much more. The world will have for some time a post-war economy in which all the dynamics will change, even in football.

“I am talking about sponsors for whom I hope there will be strong tax breaks from the government, otherwise we will lose them. It will change the way we live.”

Giulini highlighted the financial difficulties that clubs are set to go through due to this emergency.

“First, we’ll behind closed doors and then, when they reopen, season tickets prices will need to be reviewed. We’ve got the TV rights game to get to. Overall revenues will be lower and we will have to start talking about this in order to find solutions not only at Italian but also at European level.

“We would finally need a salary cap mechanism for the main European leagues to avoid that the gap between large and small clubs which could increase again and to defend ourselves from the abstruse temptation of those who propose super leagues and a closed off Champions League, which at this time would decree the end of national competitions, which instead will be supported after the virus.”

He touched on the suggestions from some people that Serie A could change to a South American style calendar for the season.

“If there will be a chance to resume, clear and pre-established rules will be needed. If we resume and there will be further contagion, what will be done? Will that be the final standings?

“Personally, I think that if you can’t start again by mid-June and finish by the end of July it makes little sense to resume. There are habits in Italian football that don’t need to be drastically changed and you can’t even spend months and months waiting to start again.

“You have to put a limit and have the courage to call it off. We also have to understand what the fans want, without them football doesn’t exist and I don’t think people would want a league like the South American one.”

Giulini spoke about how there is a chance that VAR might not be used in the restart of the season.

“It would be nice if the project of the legendary VAR room in Coverciano planned for next year would be ready for this season also. If we have a month to train, it could also be enough to organize that in total safety for those who will work on it.”

He wasn’t impressed by the words of Italian sporting minister Vincenzo Spadafora.

“Some of his outbursts have not pleased me and personally I don’t find myself there at all. Football is the third largest industry in the country and all of us entrepreneurs and presidents deserve respect. Then the minister may have his own ideas about one or the other, but the football system of Serie A carries Italian sport.

“Spadafora will have a decisive role together with the government to dictate the rules not only for this season, avoiding possible legal queues, but for the next one, and let’s go back to the sponsors, the stadiums, the revision of the Melandri law.”

Finally, Giulini highlighted the importance of working together in this difficult time.

“This crisis that we are experiencing is affecting a subject, Italian football, in many components already sick, since the world is systematically at a loss in all categories. The formula of the leagues must also be reviewed. In short, let’s not get lost in controversy but let’s study the future together.”