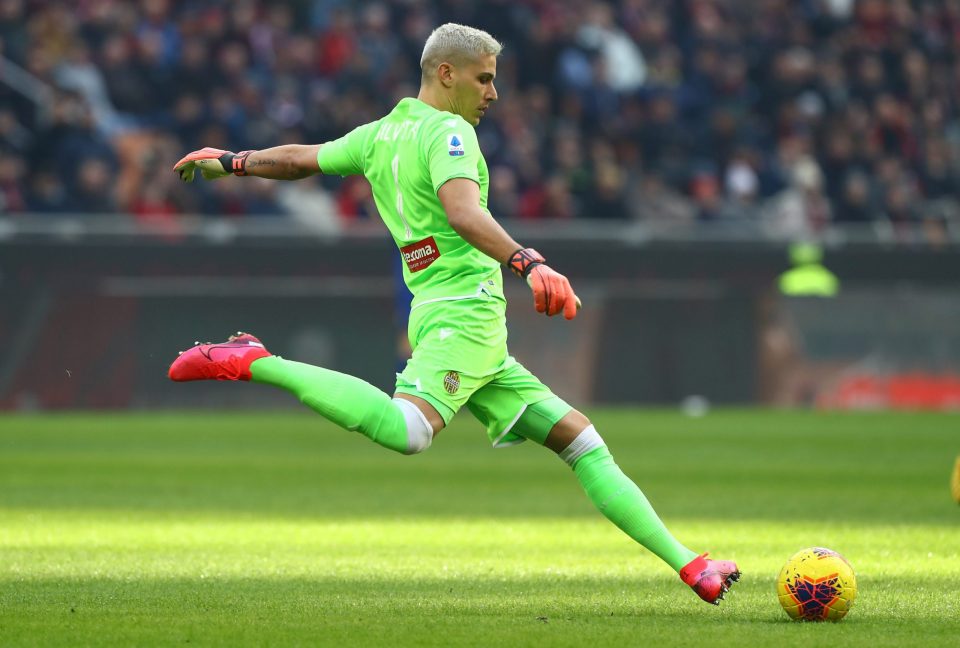 Hellas Verona goalkeeper Marco Silvestri discussed Inter’s interest in him in an interview with Italian journalist Nicolò Schira on Instagram today. His words were noted by Italian media outlet FcInterNews.

“We players, even if we don’t give ourselves so much thought, we read and watch everything, it’s useless to deny it, it’s very nice to be approached by a great club. Now it’s too early to talk about it. Now there’s Verona and that’s all I think about.”

The 29-year-old Italian shot stopper then spoke about other great goalkeepers in Serie A.

“I really like Musso, he will become a great goalkeeper. Then I’d say Sczeszny and Handanovic who never make mistakes. They’re always on the mark, maybe they only receive 2-3 shots per game but they’re always there. They don’t blow your mind, but their hands always come out when it’s necessary to make a save.”

Inter are searching for a future replacement for 35-year-old club captain Samir Handanovic, who only has one more year left on his contract. The Nerazzurri are considering many goalkeepers across the country, including Udinese’s Juan Musso, and Silvestri, although they made decide to recall Romanian shot stopper Ionut Radu, who is currently on loan with Parma.

The 29-year-old, who is contracted to the Gialloblu until 2021, has made 26 appearances across all competitions so far this season, for a total of 2370 minutes. In that time, he has conceded 28 goals and kept nine clean sheets, being a part of one of the best defenses in the league.