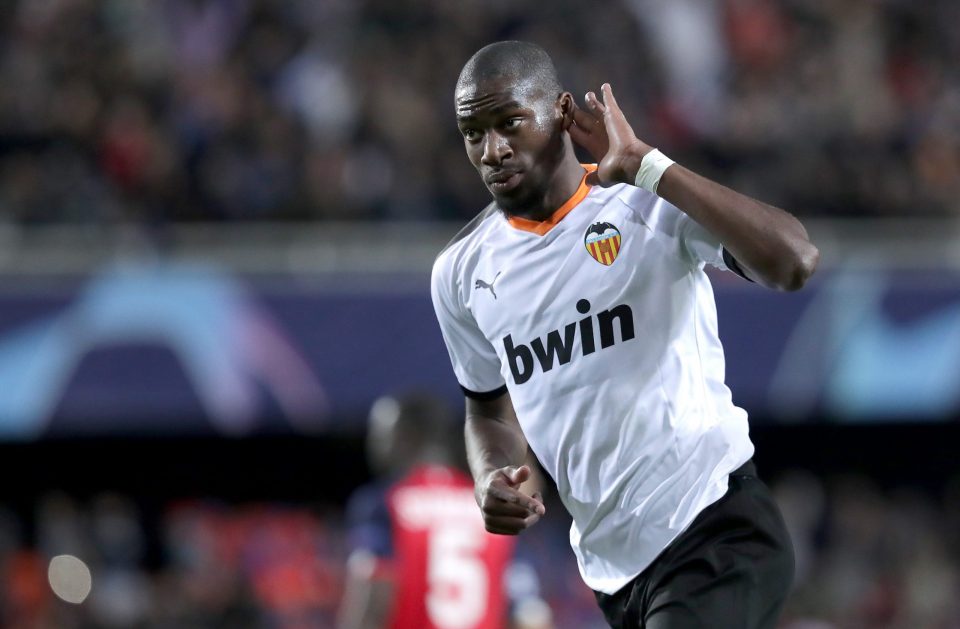 Valencia find themselves at a crossroads when it comes to what they want to do with midfielder Geoffrey Kondogbia according to a report in today’s print edition of Spanish newspaper SuperDeporte.

Kondogbia has done well for Valencia since his arrival from Inter in the Summer of 2017 and they could look to sign him to a contract extension.

However, Valencia also find themselves in a position where they need to make one, perhaps even two, big sales and Kondogbia could well be one of them to raise important funds.

Some of Valencia’s fellow La Liga clubs are said to be keen on signing him as are some clubs from the Premier League.

Inter are watching how the situation develops with particular interest the report goes on due to the fact they will receive no less than 25% of any transfer fee that Los Ches get for the 27-year-old Central African Republic national team player.