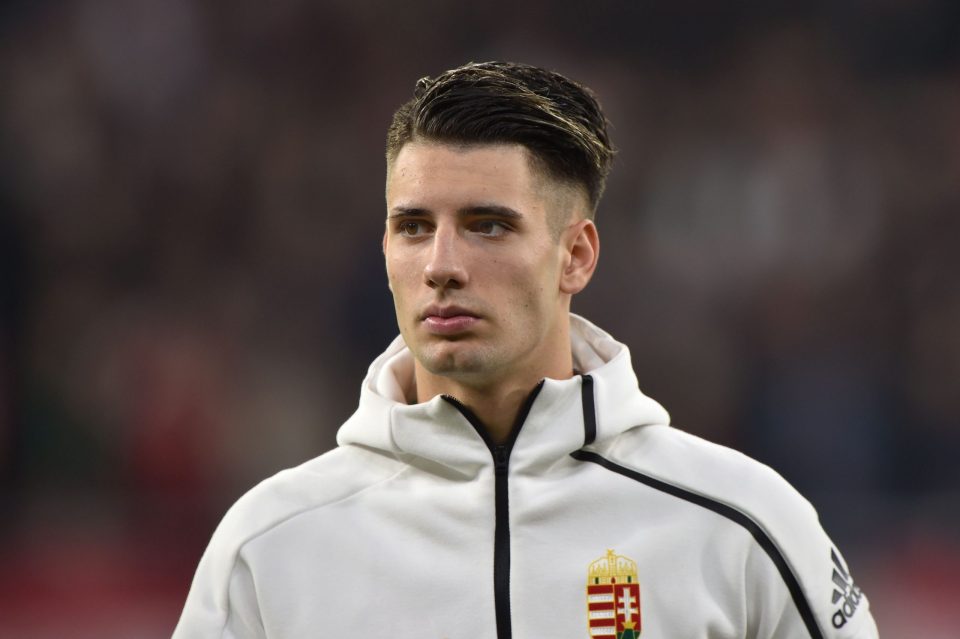 First, he discussed how his project is going with the Hungarian national team.

“It’s going pretty well. We would have liked to qualify directly for the European Championships, but it wasn’t possible. In the return games of the round we had some problems with injuries. Not having many names of international level, it was hard to give up 5 out of 6 midfielders against Croatia and 3 out of 4 defenders against Wales. We paid for it. But as improvements have been seen in several ways, so we can be moderately satisfied.”

Rossi touched on his initial move to Hungary in 2012.

“I started in a fortuitous and forced way. In Italy I could only coach in Serie C, after that I had no more options. Since February 2011 I spent a year and a half without job offers. During that time, I went a couple of times to Hungary to visit a friend who had a restaurant and in a completely fortuitous way I met the then sports director of Honved, the Italian Fabio Cordella. From what comes and soon afterwards I had the chance to start working with the first team of Honved.”

The Italian coach then spoke about his appointment as Hungary coach.

“I came to the National Team as a result of the work I did in the clubs. The first year I came third with the youngest team in the league. In 2014, a month before the end, I thought I had exhausted my experience there and resigned, thinking I could find something in a short time. That wasn’t the case and after 9 months Honved was in trouble in the standings and I agreed to come back. In two years, we won the title that had been missing for more than 20 years. That team had the lowest budget in the entire league. Like when Verona won in Italy. A miracle. The Federation knew me, the only hesitation was to understand if I could be up to the national team as well.”

Rossi discussed Szoboszlai and if they have talked about a move to Italy.

“I spoke with him and also with his agent, with whom I have a very good relationship. And the agent told me, until recently, before the chaos for the coronavirus broke out, that they had several offers from Italy and that in all probability he would come to Italy. The circle narrows down to the two Milanese clubs and Lazio. His agent was very confident, the idea was that he would come during the winter break, then for a number of reasons they postponed until June. I don’t know if things have changed now.”

He revealed that the talks had progressed past initial inquiries.

“Yes, yes absolutely. Clearly, they didn’t tell me the details, but I think so. I think they’re already negotiating with one of the three teams I’ve mentioned, although I can’t tell you with which of the three.”

The 55-year-old highlighted how moving to Italy will help the player improve, considering the strengths of Serie A.

“They see in Italy a chance for further improvement. He has so much talent, an innate talent, and a great personality, which is what we think he can do a great career for. He has important technical qualities, a great right and left foot, vision of the game, even physical. Despite his height, he has good dynamism and speed. I think coming to Serie A would improve him in the aspect where he’s lacking, that is, in the defensive phase and in the defensive transitions, even though he’s improved lately. No league improves you more from this point of view than the Italian one.”

Rossi touched on the many positions that the 19-year-old can play.

“He is at his best in a 3-man midfield, for example in a 4-3-1-2 or a 4-3-3. As a left midfielder, but also as a trequartista. That is the position in which I think he expresses himself at his best. He has to be in the middle of the action and he has to be used in the final third.”

He discussed which players that Szoboszlai reminds him of.

“I’ll surprise you, but he reminds me a little of Max Allegri, though faster. You know, he was tall, leaning in the race. Allegri didn’t reach the top of the level because he lacked something from a dynamic point of view, while Szoboszlai has great speed too.”

Finally, Rossi discussed if the Hungarian teenager is ready to play for a big club like AC Milan or Inter.

“This is the step he has to take. I think he could play in a team like Lazio, or Inter or AC Milan. Then it’s up to him to understand how to integrate into the tactical mechanisms and above all to understand that in Italy it’s essential to be complete. You have to do well in all phases. He’s a clever lad, at most he’ll struggle at the start, but if they give him a break-in period, in 3-4 months he can be ready to play as a starter.”