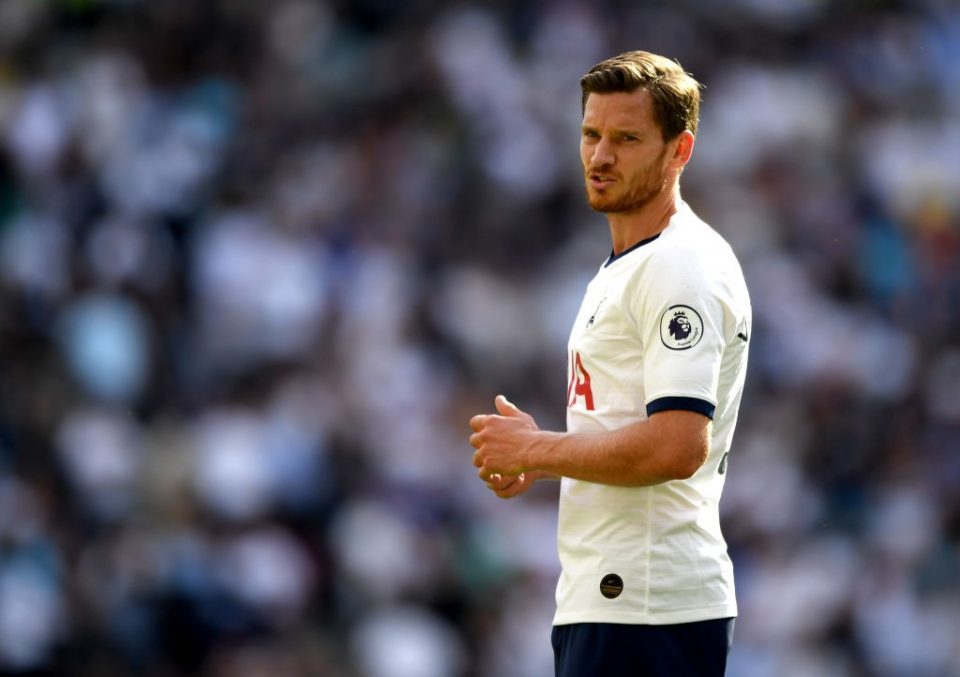 Inter are facing competition from fellow Serie A side Napoli for the signature of Tottenham Hotspur defender Jan Vertonghen according to a report in today’s print edition of Corriere dello Sport.

The experienced Belgian national team centre back’s contract with the Premier League side is due to expire at the end of the season and he can therefore be brought in on a free transfer if he lets his contract run down.

In a recent interview the former Ajax man has hinted that he could leave Spurs and is wanting to join an ambitious club and learn a new language.

Inter have been linked with a move for him as a potential replacement for Diego Godin, who is reportedly set to leave after just a single season with the club.

Napoli have meanwhile sparked an interest in signing Vertonghen in case star defender Kalidou Koulibaly is to depart the club in the coming months.