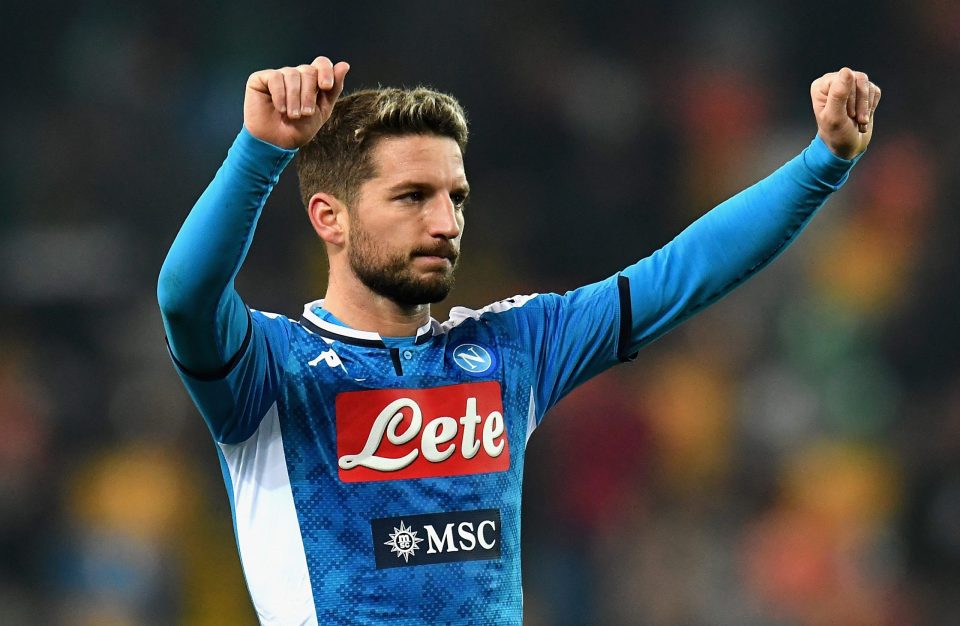 Vincenzo Morabito, a transfer intermediary, has claimed that Chelsea manager Frank Lampard is in almost constant contact with Dries Mertens over a potential transfer to the club.

The Premier League outfit tried and failed to land Mertens in the most recent January transfer window and as per Morabito they have not given up in their pursuit to sign him on a free transfer.

Mertens contract with Napoli is due to expire in a matter of months and he has also drawn links to both Inter and AS Monaco in the media in recent weeks.

“Chelsea have extended Giroud’s contract but they are very interested in Mertens and Lampard is calling him almost every day. I can see Mertens going to Chelsea,” he remarked during an interview with Italian radion station Radio Kiss Kiss Napoli earlier on today.

Morabito also spoke on reports that have claimed Edinson Cavani’s agents have offered his services to a number of clubs, including Inter, due to the fact his contract with Paris Saint Germain is due to expire at the end of this season.

“I spoke to the people who are looking after his interests and it seems to me he will sign on for another year with PSG. The alternative would be Atletico Madrid.”