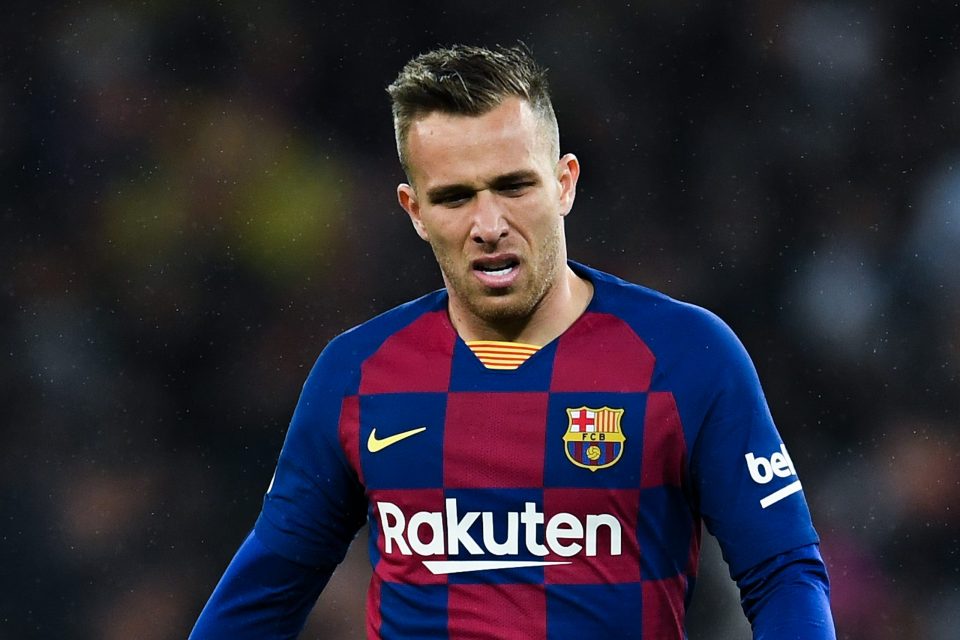 Barcelona and Brazilian national team midfielder Arthur has insisted that he wants to remain with Barcelona amid intense media speculation which has seen him linked with a host of clubs as of late.

The 23-year-old has drawn links to Juventus, Tottenham Hotspur and Inter, who, as per various reports would like to receive him as part of a possible deal that would send Lautaro Martinez to the Blaugrana club.

“There is always going to be speculation around the transfer market, but my plans are clear: the only option that interests me is staying at Barcelona,” he explained in a statement.

Arthur, who has been with Barcelona since the Summer of 2018 and has a contract with them until the end of the 2023/24 season, then went on to thank the Spanish giants for the faith they have shown in him since his arrival.

“I feel calm and relaxed on that front. I am very happy here and want to thank the club and coaching staff for their faith in me. This is one more reason for me to say in totally clear fashion that my desire is to continue with Barcelona.”

In conclusion, he admitted he considers interest from elsewhere to be a compliment but reiterated that he wants to stay at Barcelona for the foreseeable future.

“The theoretic interest from big clubs represents a compliment and a positive sign, but in my mind I have only one thing: staying here for many years. Barca are a team I always wanted to play for and my intention is to continue wearing the Blaugrana jersey for a long time.”

This season Arthur has made 23 appearances across all competitions to date, in which he has scored four goals and provided just as many assists for his teammates.