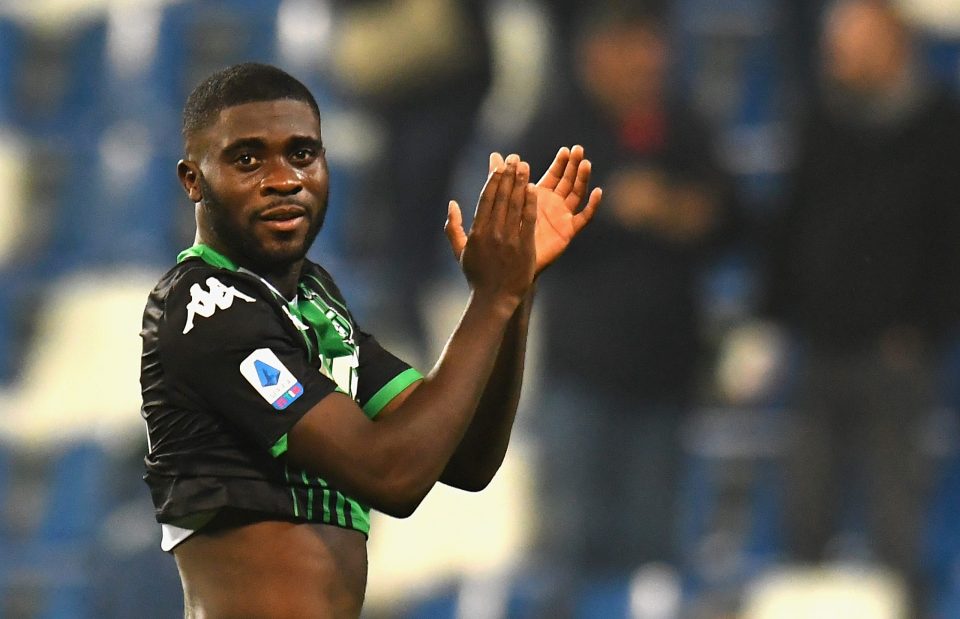 Inter are weighing up making a move for Sassuolo’s Jeremie Boga according to a report from Italian news outlet CalcioMercato.com.

Inter manager Antonio Conte in particular is evaluating things due to wanting to avoid a repeat of the Ivan Perisic and Matteo Politano experiments, with neither player capable of fulfilling what is required to play in his trusted 3-5-2 system.

The Nerazzurri have good relations with the Neroverdi club which will undoubtedly help if Conte does indeed decide that he would like the highly rated 23-year-old brought in this Summer.

The two clubs are due to meet regarding the future of Stefano Sensi soon and there is the possibility that Boga could be brought up in conversation then.

The one time Ivory Coast international has made 25 appearances across all competitions to date this term. In just shy of 2000 minutes on the field, the former Chelsea player has scored eight goals and provided four assists for his teammates.