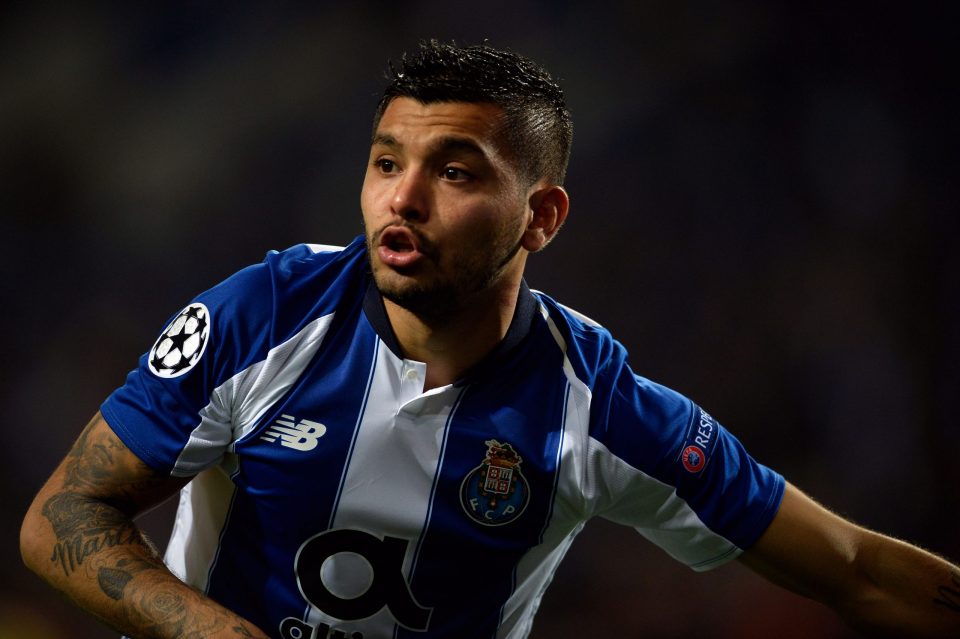 Inter have identified FC Porto’s Jesus Corona has a player they could bring in to play at right wing back according to a report in today’s print edition of Corriere dello Sport.

The report claims that the Mexican international is a player who has intrigued Inter management for some time, especially chief executive Giuseppe ‘Beppe’ Marotta and sporting director Piero Ausilio.

The former FC Twente player, who has also had interest shown in him by Spanish and English clubs, has a €30 million release clause in his current contract with the Liga NOS side but is not Inter’s first choice for the position.

The Rome based newspaper goes on to explain that Inter’s first choice is Manchester City and Portugual national team player Joao Cancelo, a player who knows the club already having spent the 2017/18 season on loan.

Reports elsewhere in the media have suggested that Inter could acquire Cancelo as part of a three way deal between themselves, Barcelona and Manchester City.

Barcelona would exchange Nelson Semedo and Cancelo and would proceed to offer cash plus Cancelo for Lautaro Martinez.