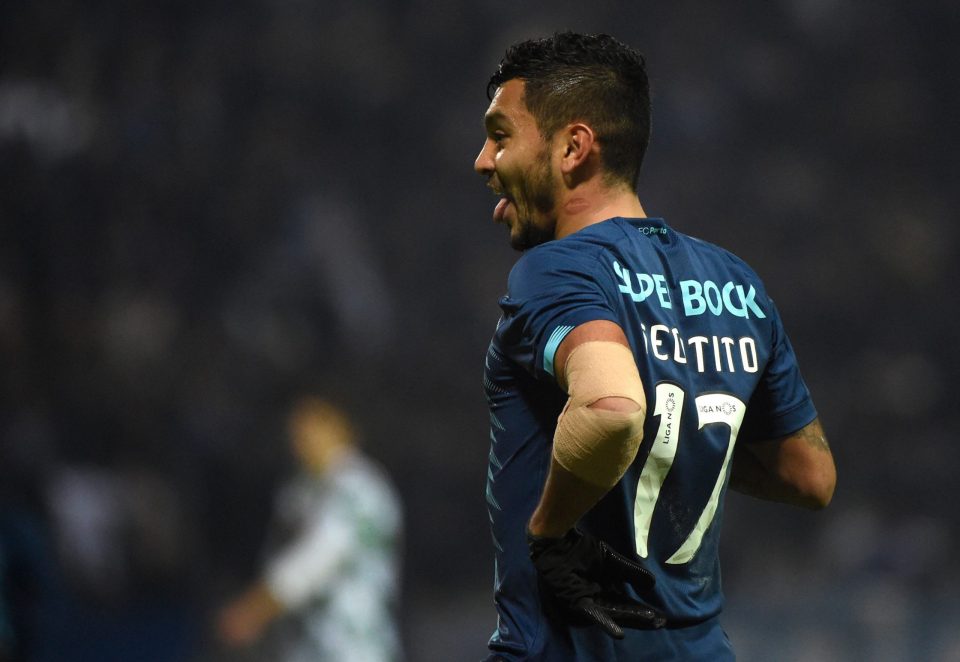 Jesus Corona’s agent Matias Bunge has claimed that his client would like to play in Serie A amid links over a move to Inter.

The FC Porto winger has been linked with a move to the Nerazzurri club in Portuguese and Italian media as of late and in an interview with Italian news outlet CalcioMercato.it, Bunge discussed the interest.

“He would like to play in Serie A. He has a €30 million release clause but the next transfer market will be a strange one. There will be many swap deals and players prices will drop,” he explained.

Bunge, who also represents PSV Eindhoven midfielder Erick Gutierrez, then went on to discuss some of the qualities that his client possesses.

“Corona is a very fast player and able to play on both sides as he plays with both feet.”

Corona has been with his current employers since the Summer of 2015 and has a contract with the Liga NOS outfit until the end of the 2021/22 season.

Since his arrival from Dutch side FC Twente, Corona has made 211 appearances across all competitions to date, in which he has scored 26 goals and provided 51 assists for his teammates.

This season he has been virtually ever present with him having made 41 appearances across all competitions in which he has two goals and 17 assists.