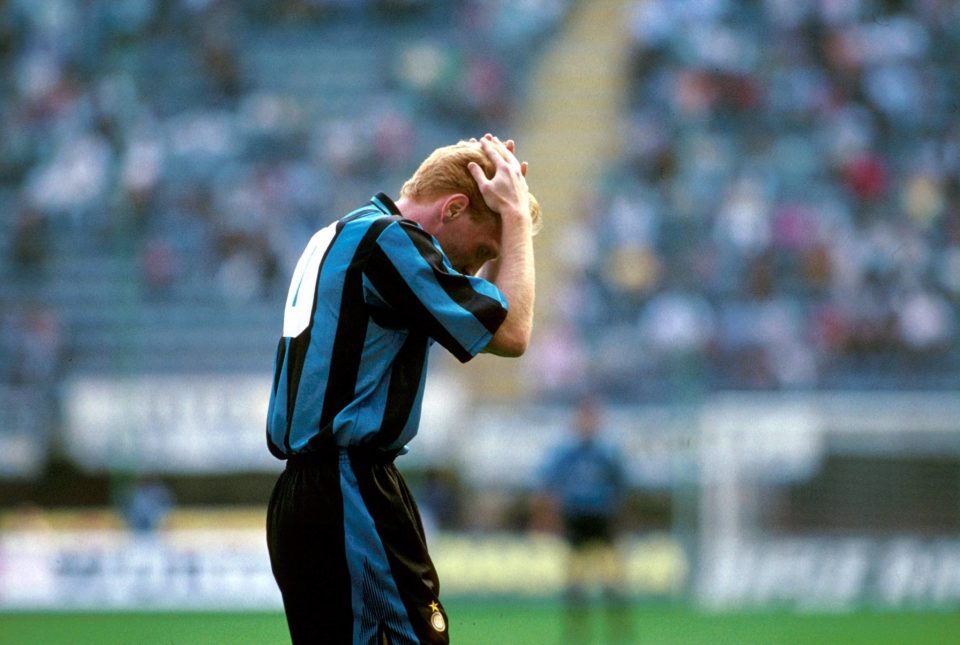 Ask anyone in German football about some of the best defensive midfield players that they have ever produced and there is no doubt Matthias Sammer would be somewhere near the top of that list.

Sammer began his career in 1985 with his local club Dynamo Dresden who were incidentally being managed by his father Klaus.

Sammer took no time to adapt to senior football but a little longer to find his position on the pitch. The German scored eight goals in his debut season playing as a striker before finding himself out on the wing the following season.

During his time at Dresden, Sammer picked up an East German Championship winners medal as well as one FDGB Pokal title. Dresden were beaten in the UEFA Cup semi-final by fellow German side VFB Stuttgart who poached the services of Sammer at the end of that season.

It was at Stuttgart where Sammer started to appear in the spotlight as he was now playing in the unified German top flight, the Bundesliga. Playing now in his customary central midfield role, Sammer helped the club to sixth in his first season, adding eleven goals in the process.

However, it was to be his exploits in the next year that were to bring him to San Siro. VFB Stuttgart, with Sammer running their midfield, became the first unified German champions in 1991/92. Soon came a call from The Nerazzuri..

In the summer of 1992, Inter completed the signing of Sammer to replace the outgoing Lothar Matthäus who returned to his native Germany that summer.

The deal was seen as great coup for Inter would were looking to try and challenge for the Scudetto alongside cross town rivals AC Milan.

Sammer was to only last half a season in Italy, citing his inability to fit in with the Italian lifestyle and homesickness as the reason for his short stay.

On the pitch Sammer managed eleven appearances, scoring four times. One of the goals he scored happened to be against Juventus in the Derby D’Italia which instantly earned him the respect of all Interisti.

Sammer’s short yet productive spell for Inter did nothing to damage his burgeoning reputation in the game so when he requested to return to Germany in January 1993, he wasn’t short of offers.

The German returned to his native land with Borussia Dortmund where he went on to achieve both personal and club success.

Sammer captained Dortmund to back to back German titles and the Champions League title in 1997 as they triumphed over Juventus 3-1 in Munich.

On a personal level, Sammer won the Ballon D’Or in 1996 as well as winning Player of the Tournament at the European Championships in the same year as he led Germany to the title on English soil.

Injury curtailed Sammer’s career in 1998, but there can be no doubt that his achievements on the pitch are up with the best of his generation. Sammer successfully made the transition to management with Dortmund, winning the 2002 Bundesliga title before becoming a director at Bayern Munich.

No one will ever be able to know whether or not Sammer could have been an Inter great as his time at the club was too short. Understandably, he sought to return home to his native Germany as he couldn’t settle in Italy but one can’t help but think what an impact he would have made running the Nerazzuri midfield throughout the 1990s.

He could have been potentially playing alongside a young Javier Zanetti and Ronaldo. In Sammer’s case it wasn’t a question of his ability that made his Inter stint forgettable it was its severe lack of longevity.