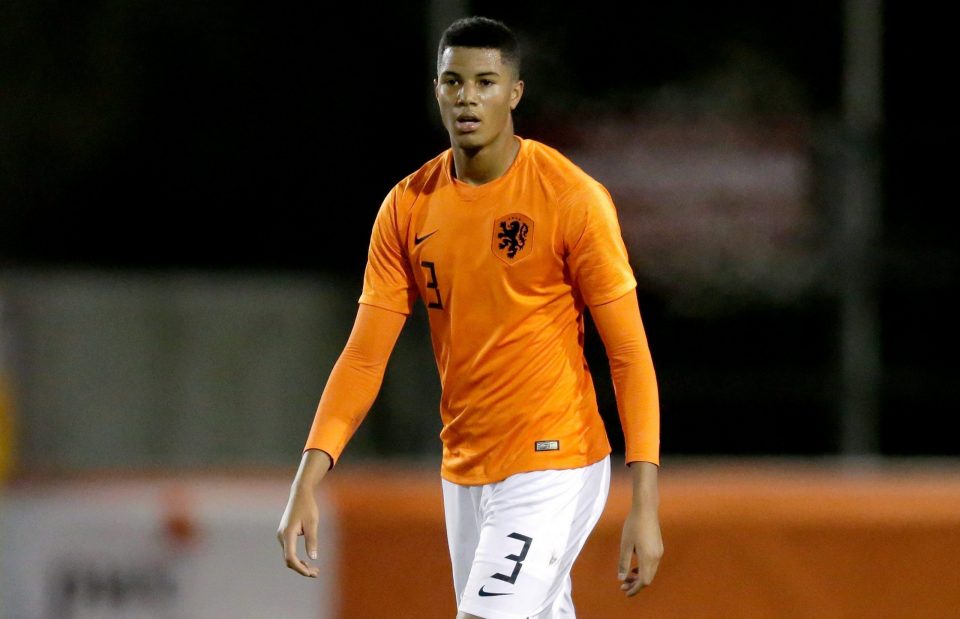 Barcelona teen sensation Xavier Mbuyamba’s agent Carlos Barros has revealed that there are a host of top clubs in contention to sign his client.

The 18-year-old centre back joined Barcelona this past Summer from MVV Maastricht in his native Netherlands and has been playing with Barcelona’s under 19 side this term. He has also trained with both Barcelona B and even the first team.

The Dutch under 19 national team player has a contract with the Blaugrana club until the end of the 2022/23 season but given the amount of interest he may not even be with the club next season let alone then.

“Almost all the major clubs have asked about Xavier. Real Madrid also, they’re serious about their youth system, but that would be a sensitive switch. Juventus and Inter are interested too as are the best clubs in Germany and England,” Barros remarked in an interview with the online edition of Dutch news outlet Voetbal International.

Barros then went on to reveal how impressed he was with what Chelsea had to offer his client prior to his move to Barcelona.

“Chelsea have the best papers, we discussed this extensively last year. They gave a fantastic presentation. There is a unique football atmosphere there. During lunch you are immediately with the first team players and the club has outlined a very ambitious plan for Xavier.

“They really think that in one to two years, he can be in the first team. Frank Lampard has of course already proven that he is not afraid to play young players. Being in the starting line-up at Chelsea at the age of twenty would of great of course.”

Barros then discussed a potential return to the Netherlands for his client.

“Ajax is actually the only club in the Netherlands that can compete financially against those top clubs, but you don’t just play there and a switch from Barça to Jong Ajax is not an option for Xavier.

“In that respect, AZ is a more logical choice, they are the most concrete option in the Netherlands. FC Utrecht has a partnership with Barcelona and could also be an option on a loan basis.”