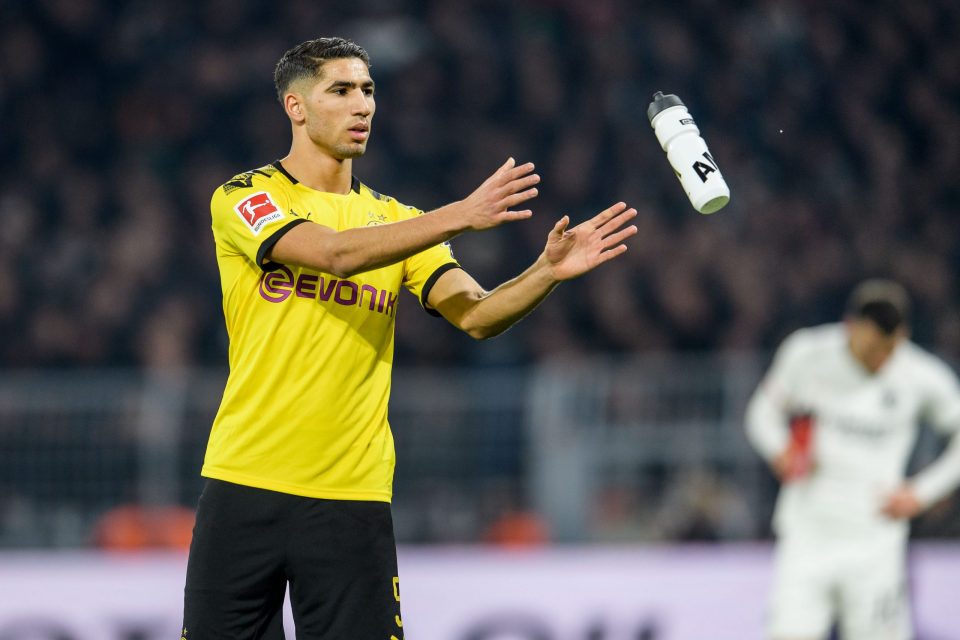 Inter are interested in signing Real Madrid owned Achraf Hakimi to strengthen at right wing back according to a report in today’s print edition of Gazzetta dello Sport.

The Moroccan has starred whilst out on loan at German Bundesliga club Borussia Dortmund and the report goes on to claim that Real Madrid will demand at least €50 million to let him depart the club in the upcoming Summer transfer window.

Inter are however not alone in courting the very highly rated 21-year-old with recently crowned Ligue 1 champions Paris Saint Germain also said to be keen on adding him to their ranks.

As for left wing back, the report from the Milan based newspaper goes on to explain that Inter are interested in Chelsea’s Emerson Palmieri and Barcelona’s Junior Firpo.

Inter have long been linked with a move for Emerson and even tried to get him back in January but were put off by Chelsea’s demands.

Inter’s interest in Firpo is a lot more recent and many reports elsewhere have stated that Inter could acquire him as part of a deal for Lautaro Martinez.