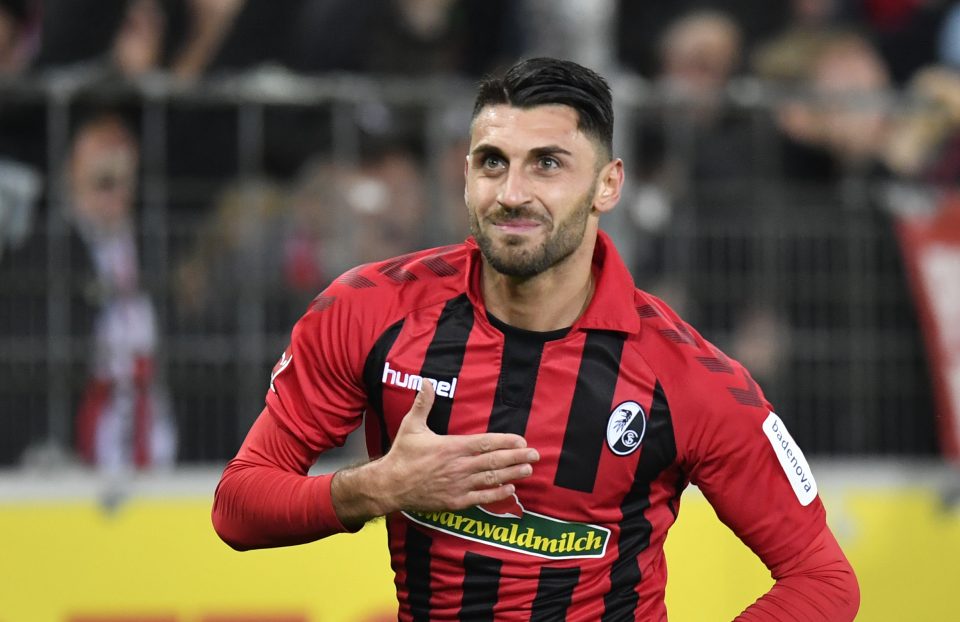 Freiburg attacker Vincenzo Grifo has admitted he would think about a move to Inter if ever the Nerazzurri were to come in for him in the future.

All though there are no reports suggesting any imminent move from Inter, there have been reports in the past which have seen Grifo linked with a potential switch to the club.

“Do I dream of playing for Inter? I grew up being an Inter fan and I still am a bit. I watch Serie A, I watch all the matches but I always pay particular attention to Inter. You never know, if an offer arrives I’ll think about it,” he remarked in an interview with Italian broadcaster Sky Sport Italia aired yesterday afternoon.

The Italian national team player joined his current employers on a permanent basis this past Summer following a loan spell and has a contract with them through to the end of the 2022/23 season.

The 27-year-old can play on either wing or as an attacking midfielder and has made 21 appearances across all competitions to date this term.

In just shy of 1100 minutes on the field for Freiburg, German born Grifo has scored two goals and has provided his teammates with a total of six assists.