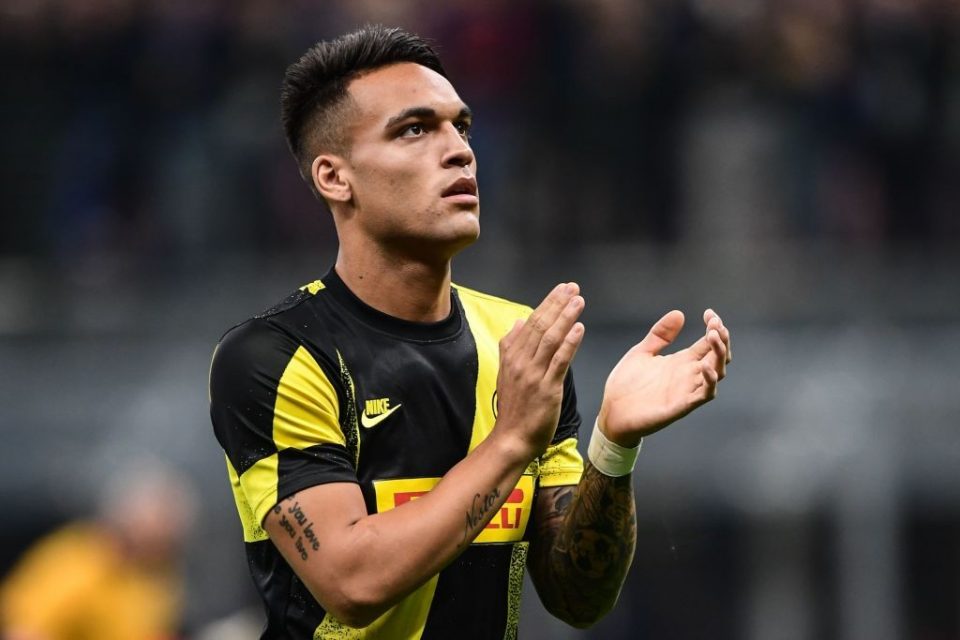 Negotiations between Inter and Barcelona over Lautaro Martinez are in the closing stages according to a report from the online edition of Argentine news outlet Olé.

The two clubs have been in talks for some time over the highly rated 22-year-old Argentine international and the two clubs are working to finalise a deal but it will not be finalised until the seasons resume and the remainder of the Champions League and Europa League has been played.

Inter have been demanding his €111 million release clause is met but the report goes on to claim that a deal will be done on a player plus cash basis with Arturo Vidal, Nelson Semedo and Ivan Rakitic all being players who could be included.

If/when the deal goes through, the report goes on to highlight that Lautaro, who has scored 16 goals in 31 appearances this season, will in fact become the most expensive Argentine player of all time.