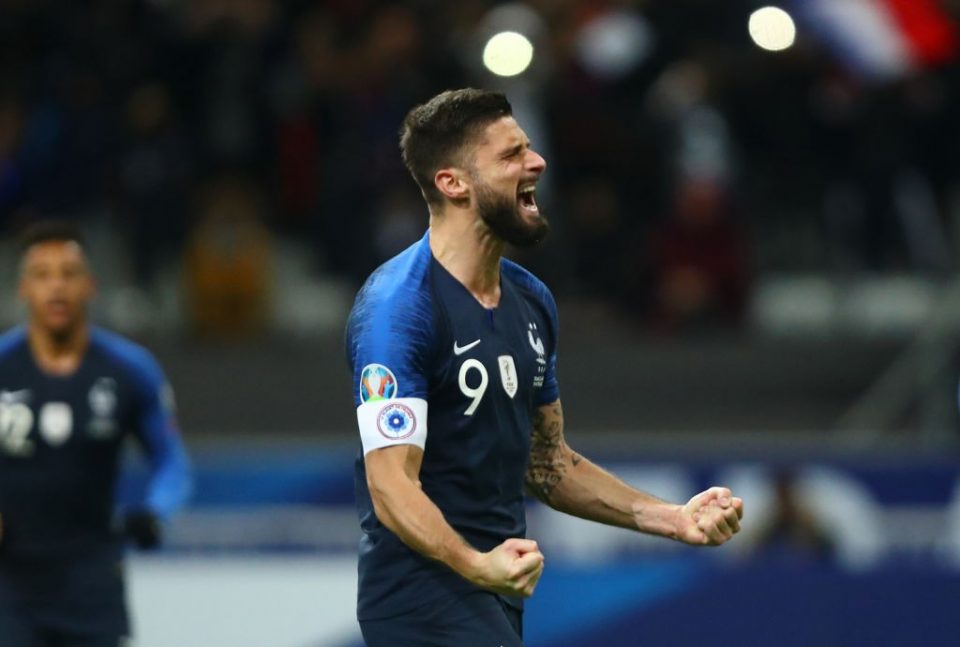 Despite his contract just being extended with Chelsea by a further season, Olivier Giroud remains hopeful that Inter will come back in for him in the coming months according to a report in today’s print edition of Italian daily newspaper Tuttosport.

Inter drew very strong links with the Frenchman back in the most recent January transfer window but when they failed to land him then they showed an interest in signing him on a free transfer as he looked set to leave Chelsea.

In the past few days however Chelsea exercised an option to extend his contract by a further season and although Giroud would like Inter to come back in for him, the report from the Turin based newspaper goes on to add that Inter will hardly make a move for him given he will turn 34-years-old in September.

It also goes on to add that Inter could satisfy manager Antonio Conte by bringing in Arturo Vidal but they do not want to acquire him as part of a deal that would send Lautaro Martinez to Barcelona.