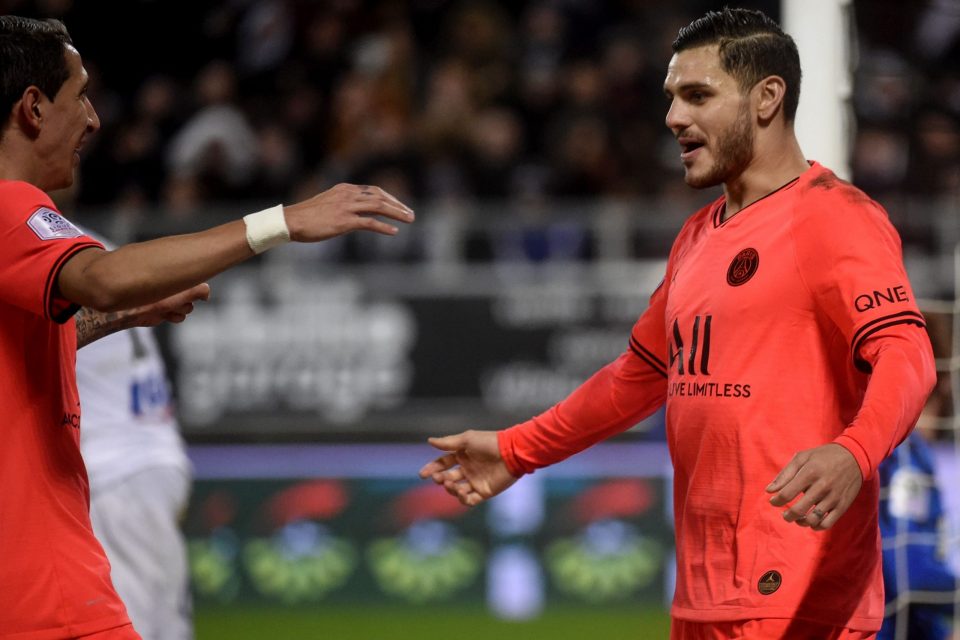 Paris Saint-Germain are looking to sign Mauro Icardi in the summer, despite the difference of opinion between coach Thomas Tuchel and Sporting Director Leonardo on the player, according to a report from French news outlet Footmercato.

The report details how the 27-year-old Argentine striker was sent on loan by Inter to PSG last summer, on a deal that saw a €70 million buy option attached. Leonardo is a big fan of Icardi and wants to keep the player in Paris, looking to sign him in the summer from the Nerazzurri.

Tuchel is less keen on Icardi, the report continues. The former Borussia Dortmund coach began to bench the 27-year-old a little before the end of the French season, including leaving him out entirely in the two Champions League games against Borussia Dortmund, which angered Icardi.

The coach also wasn’t happy with Icardi’s failure to fully adapt to his tactics, his lifestyle and his weight struggles, according to the report. Despite this, PSG will still look to sign the 27-year-old in the summer.