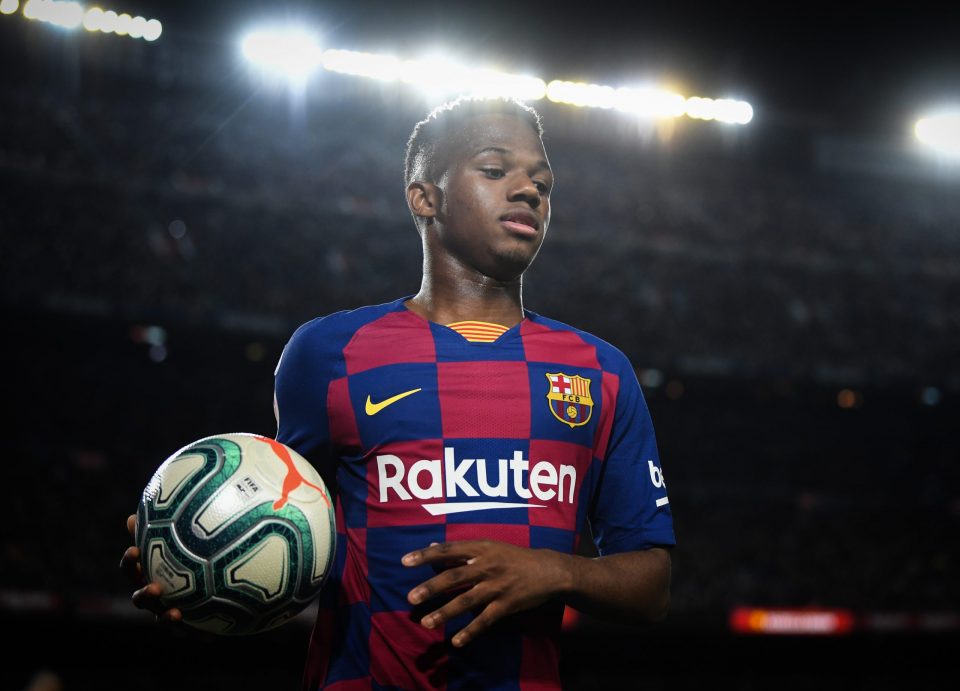 Inter and Juventus have both recently made enquiries to Barcelona with regard to the availability of teen sensation Ansu Fati according to a report in today’s print edition of Spanish daily newspaper Sport, as cited by Italian news outlet CalcioMercato.com.

Both clubs have been in negotiations with the Blaugrana club for a few weeks now with Inter in talks over a potential deal for striker Lautaro Martinez whilst Juventus are in talks regarding a possible swap deal involving midfielders Miralem Pjanic and Arthur.

During these negotiations both clubs brought up the 17-year-old, who has had a first team breakthrough this term at the Nou Camp.

The Guinea Bissau born Spanish youth national team player has made 24 appearances across all competitions to date this term.

In his time on the field, he has scored five goals, including one against Inter in the Champions League and he has also provided a single assist.