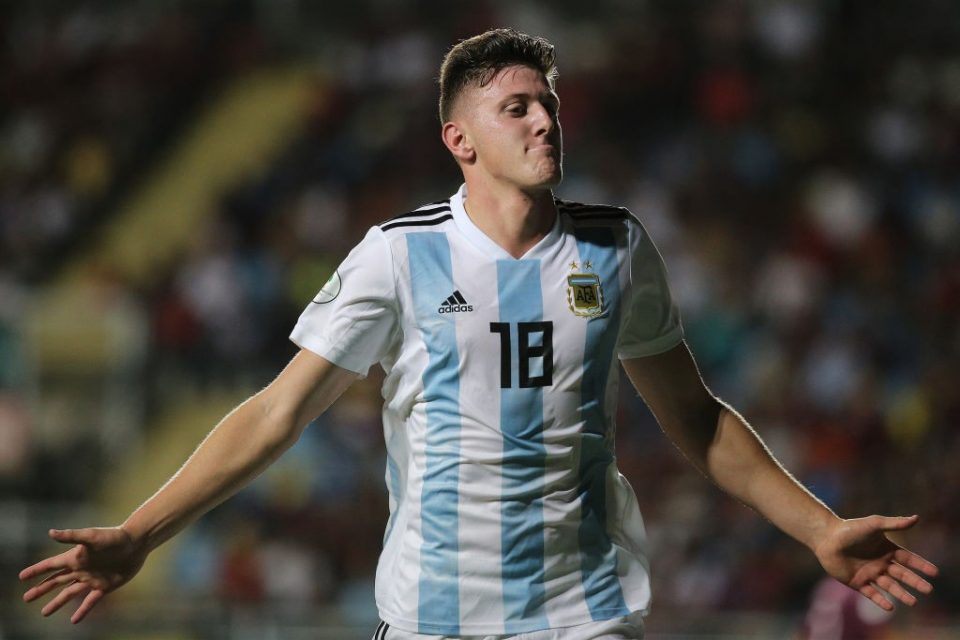 San Lorenzo’s Director Norberto Mañas has confirmed that the club are yet to receive any formal offers for highly rated striker Adolfo Gaich.

The Argentine youth national team forward has drawn links with a number of clubs ahead of the upcoming transfer window with Inter, Paris Saint-Germain and Barcelona among the interested sides.

San Lorenzo director Diego Delledonne confirmed that it is the Superliga Argentina club’s intention to sell the 21-year-old in the coming months but as things stand, no offers have arrived for the player who has a $15 million release clause.

“Officially, we have not received any formal proposal for Gaich. We know there is interest, but no offer has arrived,” Mañas remarked in an interview with Argentine radio station Radio a la Calle earlier on today.

Gaich, who has a contract with San Lorenzo until the end of next season, has made 13 appearances across all competitions to date this term.

During his time on the park which totals just shy of 700 minutes, he has scored five goals and has provided a single assists for his teammates.