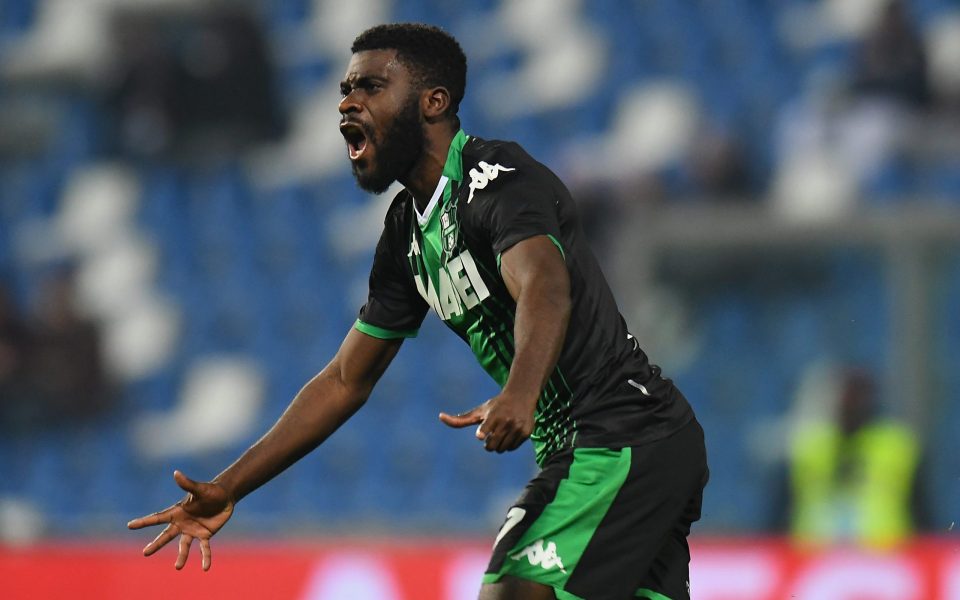 In an interview with French broadcaster RMC Sport earlier on today, Jeremie Boga has admitted that he is flattered by the interest that clubs are reportedly showing in him.

Inter, AC Milan, Juventus, Roma and Napoli have all been linked with making moves for the Ivorian midfielder ahead of the upcoming transfer window and whilst the player has revealed he is flattered, he has also insisted that he is focused on Sassuolo.

“I have read that there is interest from great Italian clubs and this flatters me. When I see myself linked to clubs like Roma, Napoli, AC Milan, Inter and Juventus, it is always a pleasure,” he explained.

“For now though I am at Sassuolo and I am concentrating on ending the season well. I want to achieve my goals, then we will see what will happen next year.”

He then went on to reveal some of his long term goals for his career: “Playing in the Champions League or in the Europa League is a dream that I have had since I was a child. It is a goal for the future that I keep in mind.”

The 23-year-old joined Sassuolo back in Summer of 2018 from Chelsea and they bought out Chelsea’s buy-back option on him in the past few days.

The one time Ivorian national team player has made 25 appearances across all competitions to date this term. In his time on the field, which totals just shy of 2000 minutes, he has scored eight goals and provided four assists for his teammates.