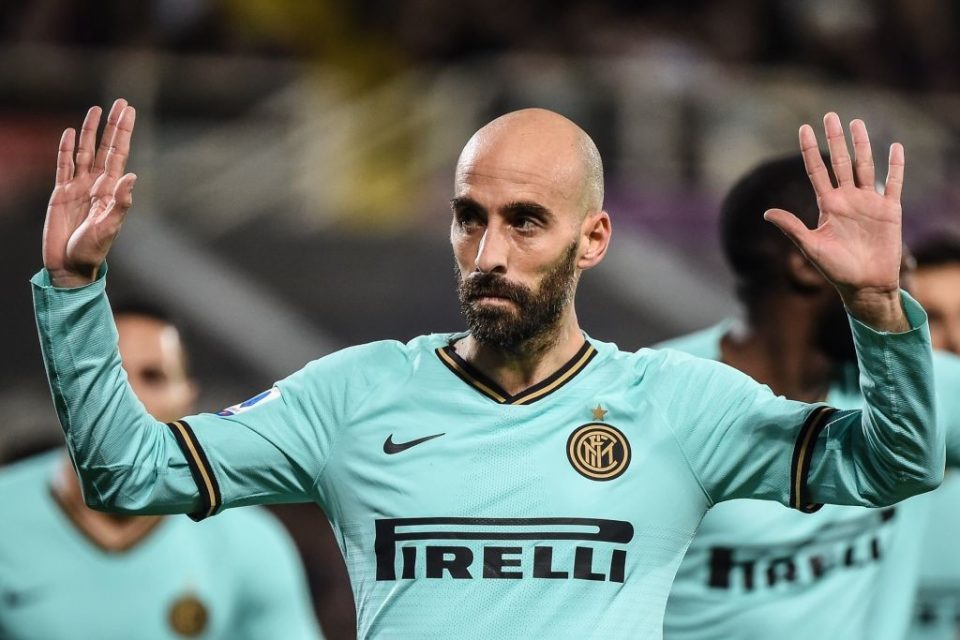 Sevilla have sparked an interest in signing Inter midfielder Borja Valero according to a report from Spanish news outlet Fichajes.net.

The Andalusian club are weighing up a move for the veteran Spaniard with Ever Banega set to depart the club in the coming months having agreed a deal to join Saudi Pro League side Al-Shabab.

Valero’s contract with Inter is set to expire at the end of the month and with no contract renewal seemingly forthcoming, Sevilla could snap him up on a free transfer once his deal expires.

The former Fiorentina player’s agent has recently admitted his client would like to remain in Italy for the remainder of his career and it remains to be seen whether any contract offer Sevilla make for him could lead to him changing his mind.

Valero has played a bit part role for Inter this season with him having made 15 appearances across all competitions to date, in which he has scored two goals.