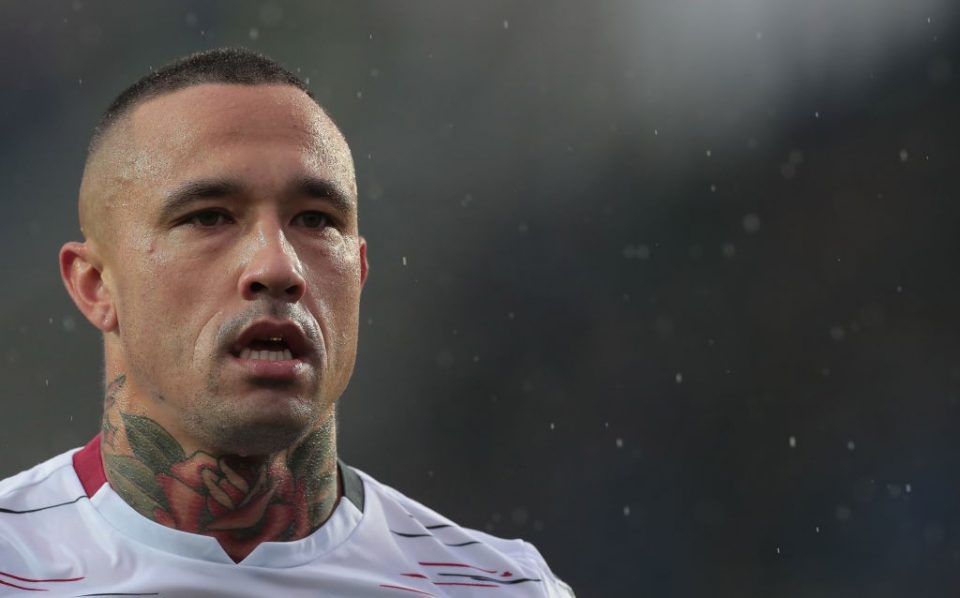 Cagliari manager Walter Zenga has revealed that he hopes on loan midfielder Radja Nainggolan will be able to be back at his disposal soon.

Nainggolan picked up a muscle strain in training in the past few days and it is currently unclear how long the former Belgian national team midfielder will be sidelined for.

“Radja’s injury? My luck is that I can always manage even the most trivial situations,” former Inter goalkeeper Zenga remarked in an interview with Italian radio station Radio Lina earlier on today.

“Often in training I deploy players out of role to see how they adapt in certain situations. We hope to get Radja back as soon as possible, but I’m calm because we have good alternatives.”

Nainggolan arrived on loan at the Rossoblu this past Summer from Inter, where he was judged to be out of the club’s project just a year after joining from Roma.

The 32-year-old has performed well and been a key player for Cagliari during the course of this season, in which he has made 24 appearances across all competitions to date.

In his time on the park, which totals just over 1900 minutes, Nainggolan has scored five goals and provided six assists for his teammates.