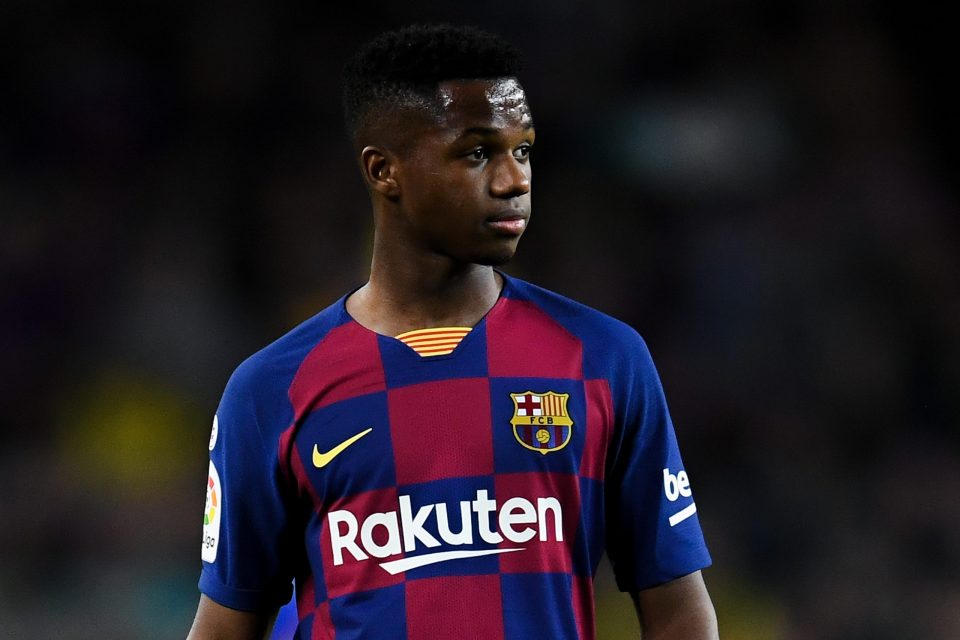 La Liga giants Barcelona could soon cash in on teenage sensation Ansu Fati by selling him to Manchester United, according to a report from the print edition of British news outlet The Times.

According to Italian media outlet FCInter1908, the funds received of the transfer of Ansu Fati to Manchester United, could be used to finance the signing of Inter’s Lautaro Martinez.

According to The Times, the Red Devils are seemingly desperate to add the youngster to their ranks and having seen a €100 million offer knocked back in the past few days, they have come back in with an offer of €150 million.

The most recent offer falls just €20 million short of Fati’s release clause and should Manchester United be able to prize Fati away from Barcelona, the Blaugrana club will have more than enough money in the bank to trigger Lautaro’s €111 million release clause.

Barcelona have been courting Lautaro for a considerable amount of time but have so far been unable to meet Inter’s demands and have had several offers already rejected by the Nerazzurri.