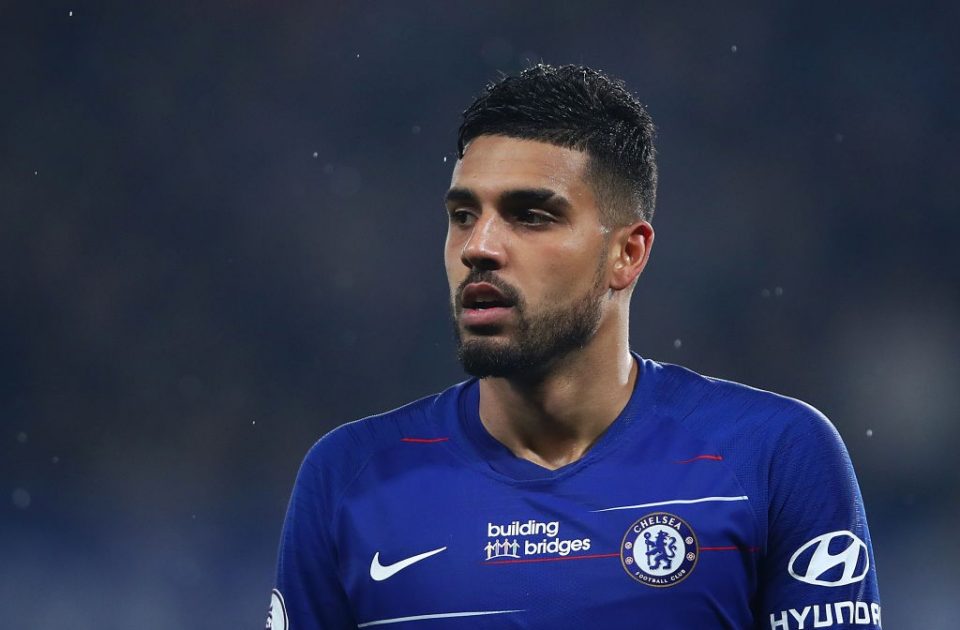 Chelsea defender Emerson Palmieri’s agent Fernando Garcia has denied that there are any negotiations currently taking place with Inter.

Emerson has found himself linked with a move to the Nerazzurri for a good few months now ahead of the upcoming transfer window.

“Mancini hopes that Emerson will return to Serie A to play more? I can’t speak for him,” Garcia remarked in an interview with Italian news outlet FCInterNews.

Next he spoke on the interest from Inter and sang the praises of both the club and manager Antonio Conte.

“There is nothing official with Inter, but we are certainly talking about a great club and Conte is a top manager.”

He was then asked about the kind of price any interested clubs could expect to pay for the Brazilian born Italian national team full back.

“I haven’t consulted Chelsea, so I don’t know how much they could ask for the player’s card, I could only do it in front of an official proposal.”

Emerson has been with Chelsea since January 2018 and has a further two years left on his contract with the Premier League side.

This season the 25-year-old has made 18 appearances across all competitions to date. During his time on the park, which totals just over 1300 minutes, he has provided a single assist for his teammates.