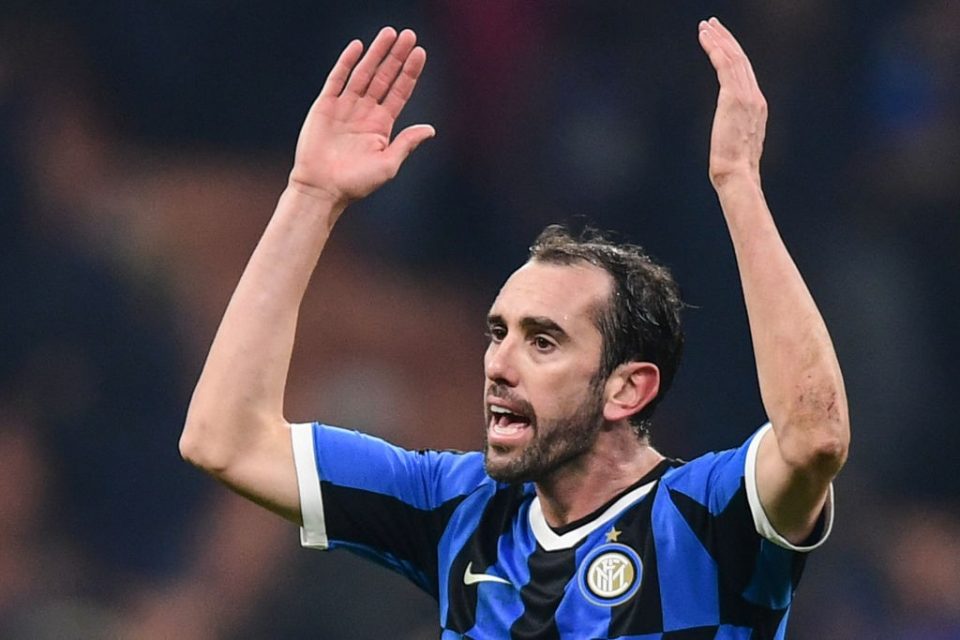 Diego Godin seems set to leave Inter for pastures new in the coming months according to a report from Italian news agency ANSA reported via FcInter1908.

The Uruguayan national team defender has not performed to expectations following his arrival on a free transfer this past Summer following the expiration of his deal with Atletico Madrid.

Inter have identified Hellas Verona’s Marash Kumbulla as a transfer target and it would appear as if the highly rated Albanian national team defender will fill the space in the squad that Godin will vacate when he departs.

The report from the news agency goes on to explain that Inter are continuing to work on signing Brescia midfielder Sandro Tonali and club management are also thinking about what to do with Radja Nainggolan when he returns from his loan from Cagliari.

Inter may well use the former Roma midfielder as part of a deal for Fiorentina winger Federico Chiesa, who they have had an interest in signing for a very long time.

The report concludes that Inter manager Antonio Conte’s idea of having Arturo Vidal brought to the club has never went down with the club management.