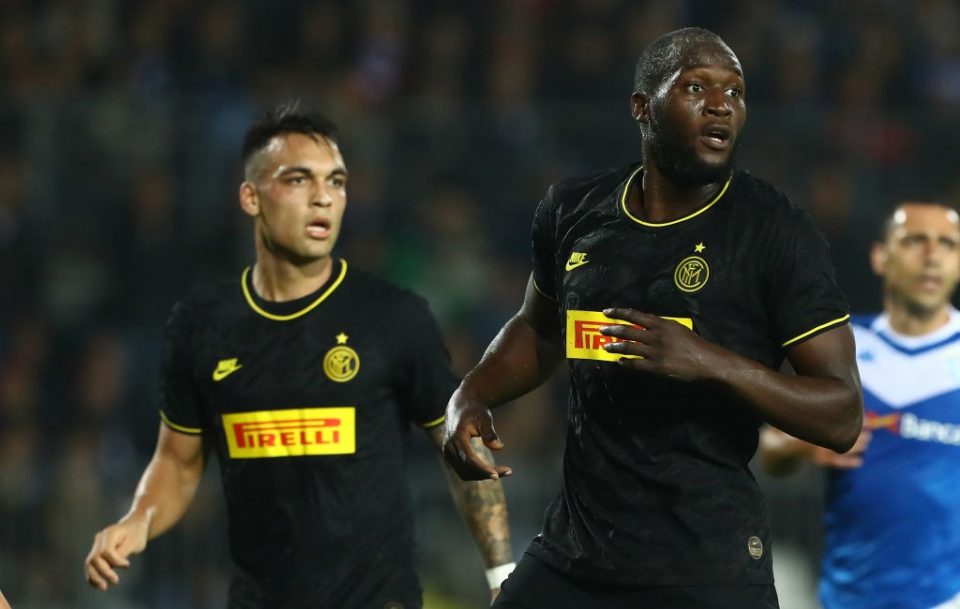 Juventus goalkeeper Gianluigi ‘Gigi’ Buffon has shared his belief that Inter’s strike force of Romelu Lukaku and Lautaro Martinez is perfect for the kind of football that Inter manager Antonio Conte wishes to play.

The Belgian and Argentine national team strikers have formed a formidable partnership with one another this term and have combined for a total of 39 goals to date.

Lukaku is Inter’s top goalscorer this season with 23 goals to his name whilst Lautaro is second highest goalscorer with 16 goals scored.

The pair have been heavily relied upon for goals by Inter this term and that will be no different when the 2019/20 Serie A season resumes this weekend.

“They are the perfect tandem for the way that Antonio Conte wants his team to play,” Buffon remarked in an interview with sports broadcaster DAZN, yesterday afternoon, ahead of the season getting back underway.