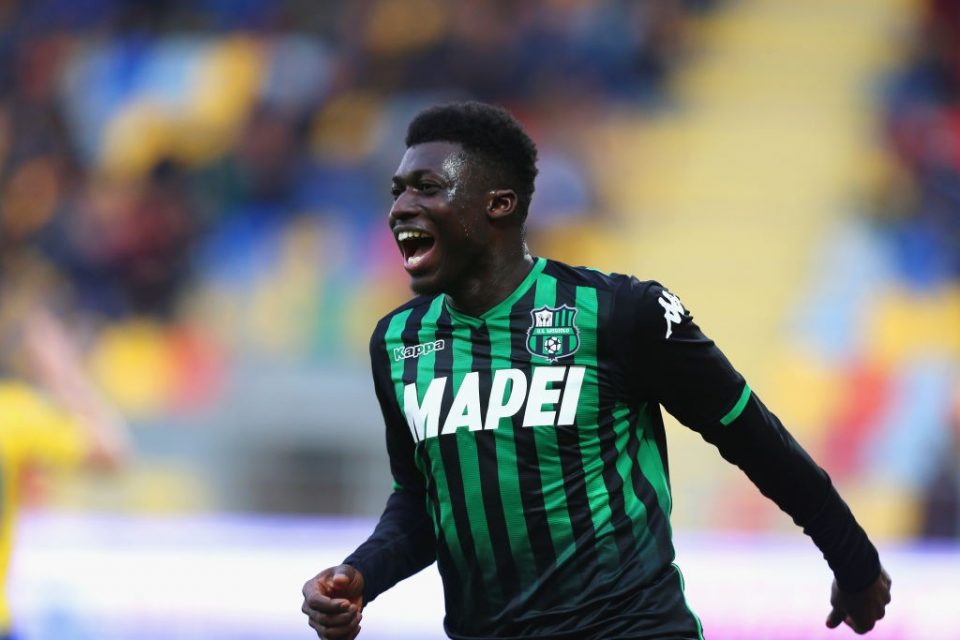 Fiorentina midfielder Alfred Duncan, who joined the Florence based club on loan from Sassuolo in January, discussed his experiences with Inter in an interview in today’s paper edition of the Milano based newspaper Gazzetta dello Sport.

“I don’t think it was a wasted opportunity. Inter was unexpected but beautiful, a very important club, at the top in Italy and Europe. I trained with formidable players, an experience that allowed me to grow a lot.”

The 27-year-old Ghanaian midfielder joined Inter’s youth system in 2010 and was contracted to the Nerazzurri until 2015, when he was sold to Sampdoria. The player struggled to stand out whilst on loan with Livorno and the Ligurian side and so failed to make a significant impact in Milan with the Nerazzurri.

In his time with Inter, Duncan made four appearances for the first team across all competitions, playing 115 minutes in that time. The Ghanaian recently found success with Sassuolo and was sold to Fiorentina in the January transfer window earlier this year on a loan deal with a buy obligation attached. For the Neroverdi Duncan made 130 appearances across all competitions, scoring eight goals and providing 17 assists in that time.