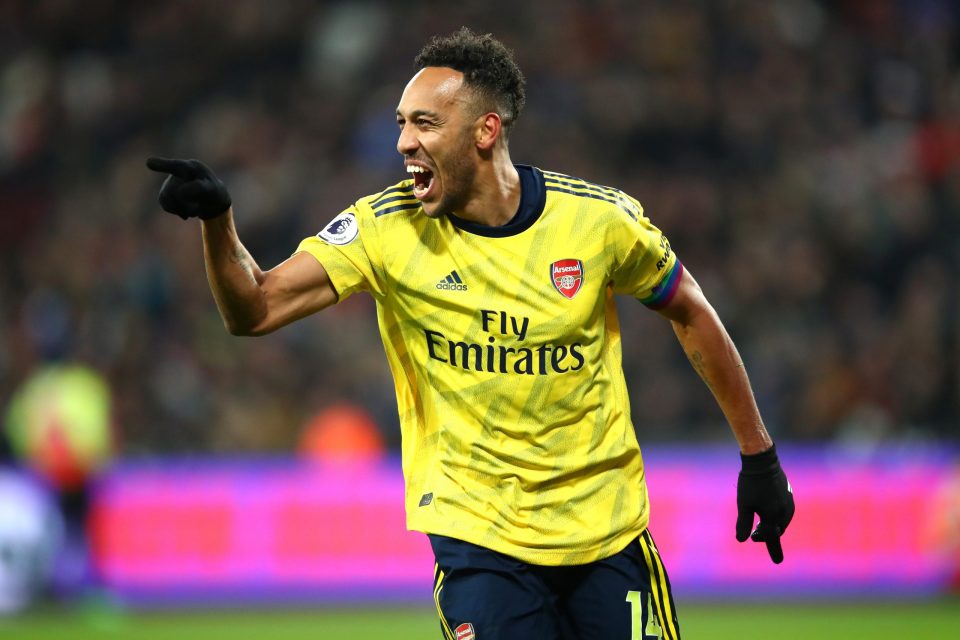 Barcelona have shown an interest in signing Pierre-Emerick Aubameyang in a bid to apply pressure on Inter according to a report from Italian news outlet FCInterNews.it.

Barcelona have been linked with a move for Inter’s Lautaro Martinez for some time and it has been widely reported that Aubameyang is on Inter’s shortlist of players who could potentially replace him.

The Blaugrana club are struggling to meet Inter’s demands for Lautaro and their most recent offer of €70 million plus Junior Firpo has not interested Inter who continue to demand his release clause of €111 million is paid or €90 million in cash plus a player.

Aubameyang is facing an uncertain future with Arsenal with his contract set to expire at the end of next season and is understood to be intrigued by the prospect of a move to Inter, who are pondering a possible €30 million move and offering him a three to four year contract.

Barcelona have now sparked an interest in signing him, even if Lautaro remains their number one target and Neymar is their second top target and the reason for this is to put pressure on Inter and perhaps make them reduce their demands.

The report concludes that at the moment there are two certainties when it comes to Aubameyang and Lautaro. The first is that Inter are keeping an interest in Aubameyang so they are not found unprepared if Lautaro leaves.

The second is that Inter know they cannot financially compete with Barcelona in terms of what they can offer to Lautaro. He currently earns €2.2 million a year at Inter, who could offer him a renewal with an annual salary of €5.5 million plus add-ons whilst Barcelona have offered him €12 million a year.