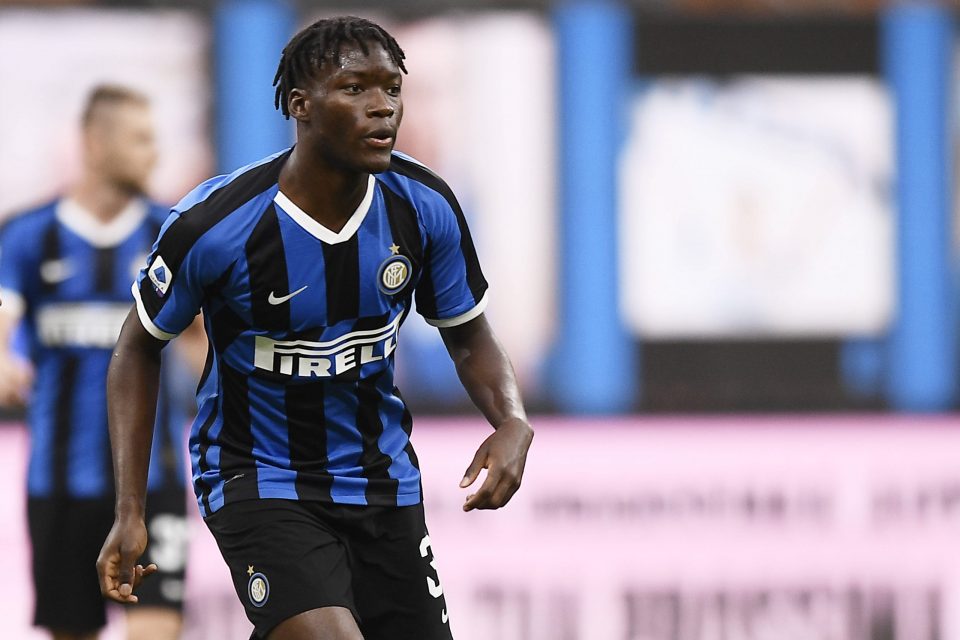 Inter youngster Lucien Agoume has admitted to being delighted at having come on during Inter’s match with Sassuolo despite the fact the team were able to secure all three points.

The French youth national team midfielder, who has been likened to Manchester United’s Paul Pogba, came on off of the substitutes bench during the second half at San Siro and gave a good account of himself in his time on the pitch.

“I am happy to have come on today even if the result is a pity. We had many opportunities, we had to win,” the youngster, who joined Inter this past Summer, explained in an interview with Inter’s official club broadcaster Inter TV, following the match.

He then went on to admit that he is always looking to learn and revealed what his teammates were telling him whilst he was on the field during the match.

“I always try to work to be available to the coach when he needs me and I hope to continue like this. I try to learn from everyone, in my role there they are many strong players, I want to learn the best to improve more and more.

“Everyone told me to be calm, to play as I can do without haste. I tried to do it when I entered.”

Tonight’s appearance was the 18-year-old’s second first team appearance of the campaign and with fixtures coming thick and fast Agoume is highly likely to see more playing time between now and the end of the season.