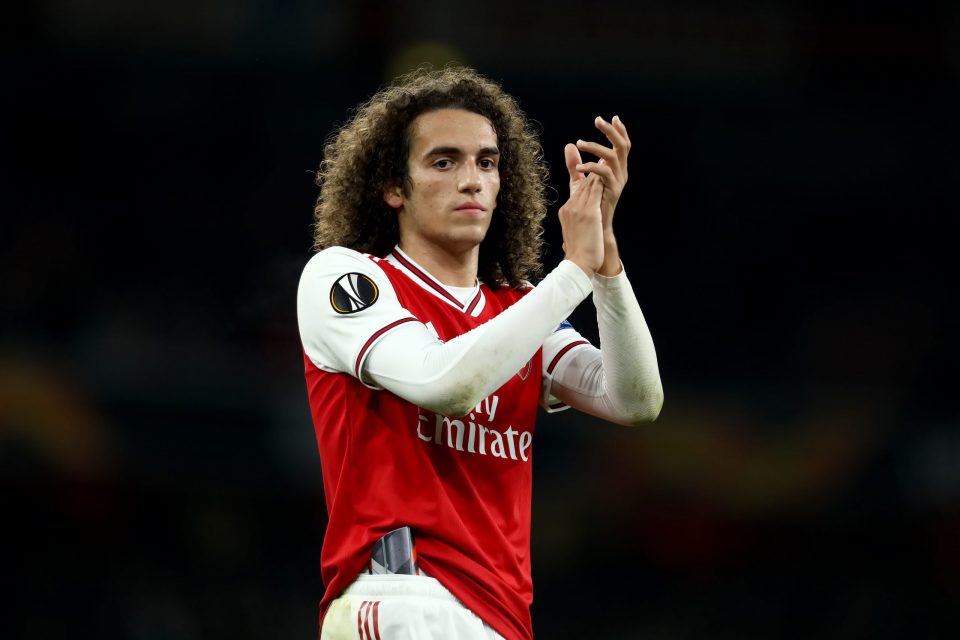 Inter are among a host of clubs to have shown an interest in signing Arsenal’s Matteo Guendouzi according to a report from French television channel TF1, which was aired earlier on today.

The French midfielder has asked Arsenal management to let him leave the club in the upcoming transfer window and there has been no shortage of interest shown in him from across Europe.

Inter aside, the report states that Paris Saint-Germain, Manchester United, Juventus, Atletico Madrid, Barcelona and Real Madrid all have an interest but there is currently nothing concrete.

It goes on to add that the Gunners want at least €40 million for Guendouzi, who they signed from FC Lorient back in the Summer of 2018.

This season the 21-year-old has made 34 appearances across all competitions to date. In his time on the park, which totals just under 2400 minutes, he has provided a total of three assists for his teammates.