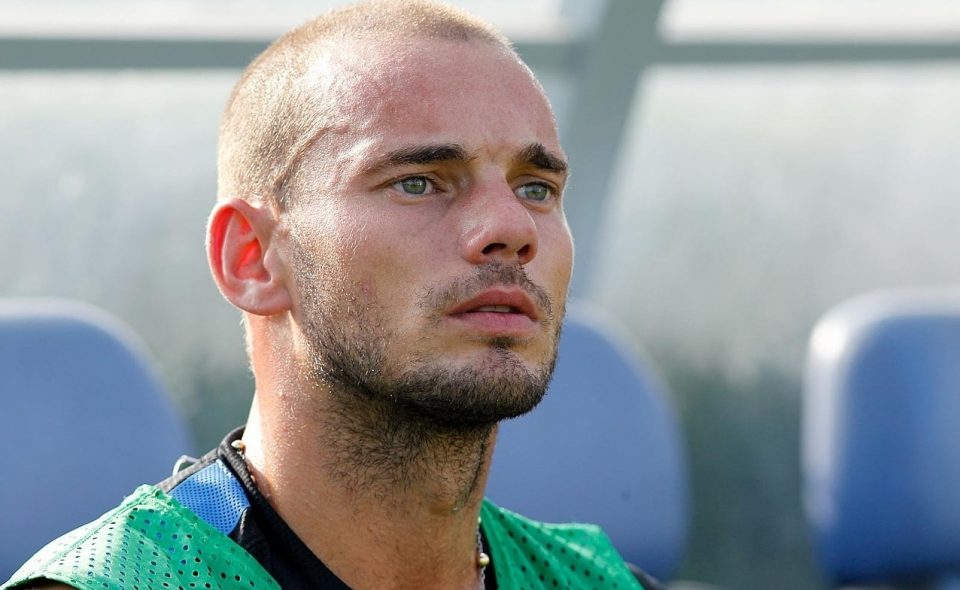 In an interview with Dutch newspaper Algemeen Dagblad, former Inter player Wesley Sneijder has revealed he would like to be like both Jose Mourinho and Louis van Gaal as a manager.

“Jose Mourinho or Louis van Gaal? I hope I can become a combination of both. Maybe with the human side of the former and van Gaal’s knowledge, although Mourinho was also tactically skilled. With Mourinho the spark started immediately at Inter,” he explained in the interview which appeared in yesterday’s print edition.

He proceeded to recall being snubbed by van Gaal in the days leading up to Inter beating Van Gaal’s Bayern Munich side in the Champions League final in 2010 to secure a historic treble win.

“The day before the final, Mourinho, Zanetti, Milito, Cambiasso and I went to the press room and at that moment Bayern left the pitch.

“Mourinho and van Gaal shook hands. I also held out my hand, but van Gaal ignored me despite having seen my hand, I am sure. So I said to him: “We will meet tomorrow after the final that we will win”. We won 2-0 and I couldn’t keep my mouth shut.

“I said to him, ‘Didn’t you want to be smart yesterday? I just wanted to shake your hand.'”

He then went on to rank van Gaal and Mourinho on the list of managers he worked under during his playing career.

“van Gaal is in my top three, but Mourinho is my number one. Inter was my best period as a footballer.”

Sneijder joined Inter in the Summer of 2009 from Spanish giants Real Madrid and spent the next three and a half years with the club prior for departing Turkish Super Lig side Galatasaray.

The former Ajax player made 116 appearances across all competitions for Inter in which he scored 22 goals and provided 35 assists for his teammates.