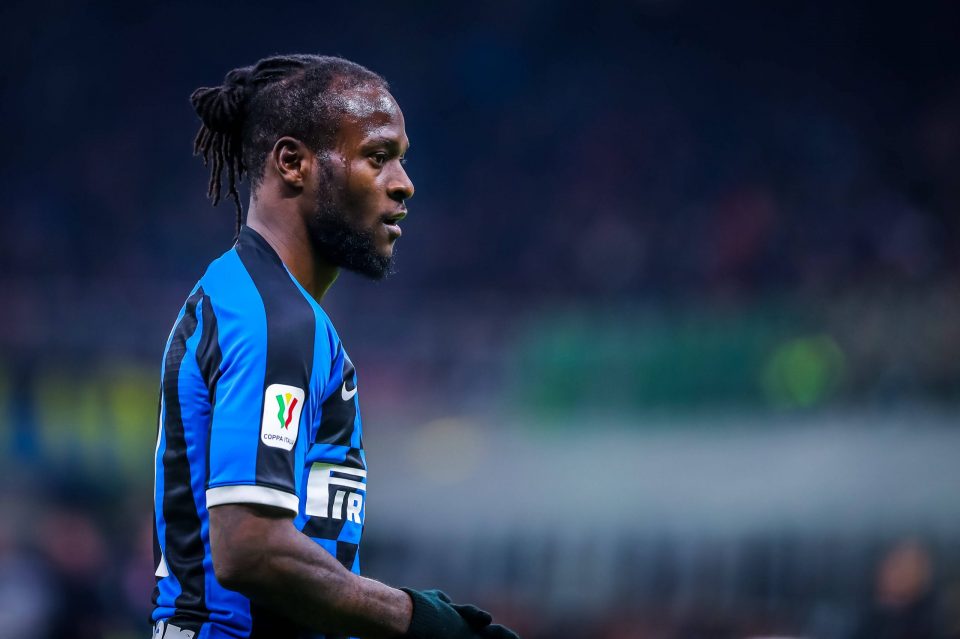 Victor Moses’ thigh injury will not keep him out on the sidelines for too long according to a report from Italian broadcaster Sky Sport Italia, which was aired a short time ago.

Inter confirmed that the on loan Nigerian national team defender is suffering from muscle fatigue in his left thigh and Sky Sport Italia state that he will probably miss this weekend’s clash at home to Bologna.

The Chelsea owned player should however be able to return to action against Hellas Verona in midweek or in the worst case scenario he will be back for Inter’s game after that which comes against Torino on Monday July 13.

Moses joined Inter on a six month loan deal with option to buy set at €12 million from the Premier League club in the most recent January transfer window.

Since his arrival at the club, he has went on to make 12 appearances across all competitions to do, in which he provided three assists.