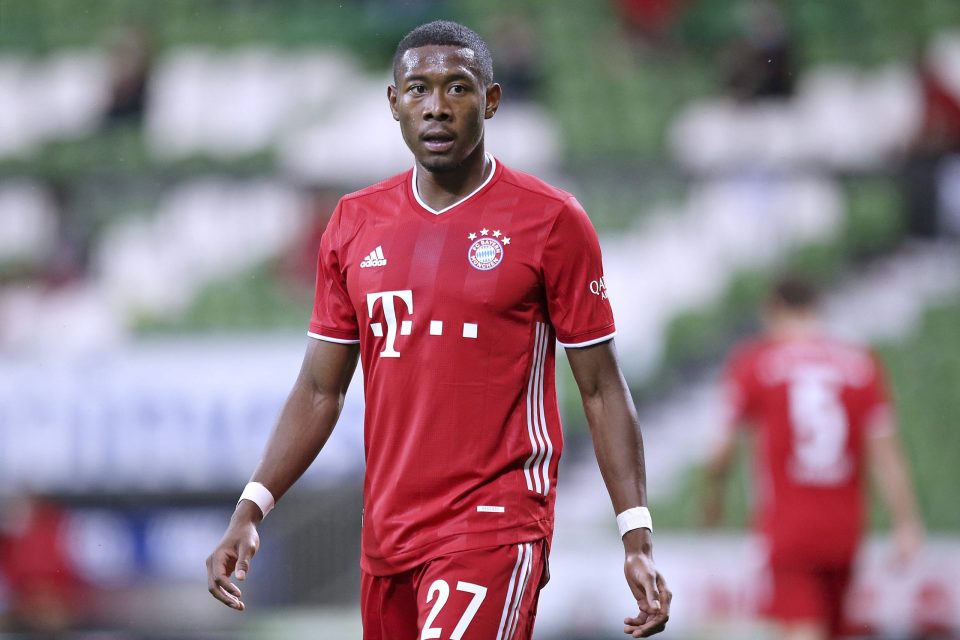 Bayern Munich manager Hansi Flick has admitted that David Alaba is in control of his own future and that the club will respect the decision that he comes to.

Alaba’s contract with the recently crowned German champions is due to expire at the end of next season and the first round of contract renewal talks have proved unsuccessful with it understood that the Austrian wants in excess of €15 million a year.

“They [Alaba and Thiago Alcantara] both know what I think of them. We will give them plenty of time to think about it,” Flick remarked in an interview with Bayern Munich’s official club broadcaster at an event celebrating their league and cup double this season.

“I will try to give them my support as a manager and as an adviser but in the end, it is the player who must make his decision and we must respect it. Everyone has their own plans for what they want to do in life.”

Alaba has drawn links to a number of clubs in recent weeks with Inter among those clubs. Reports in the media have stated that Inter have already met with Alaba’s representatives and a number of journalists have suggested that the defender will join Inter.

This season the 28-year-old has made 38 appearances across all competitions to date, in which he has scored two goals and provided as many assists.