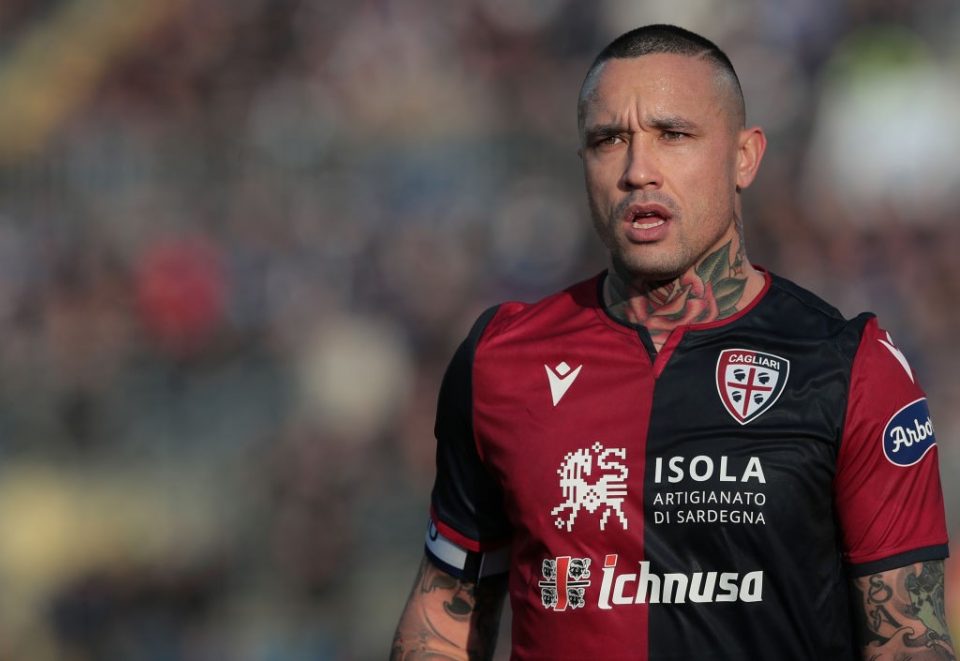 Inter owned midfielder Radja Nainggolan is one of two midfielders on Fiorentina’s radar ahead of the upcoming transfer window according to a report in today’s print edition of Italian daily newspaper La Nazione.

The Belgian is currently out on loan at Cagliari and the report explains that there is no possibility that the former Roma player could be swapped for Federico Chiesa.

The only way that Fiorentina could sign Nainggolan is by making a cash offer to Inter and in order to finance the move, they could sell Erick Pulgar.

This season Nainggolan, who has a contract with Inter until 2022, has made 27 appearances across all competitions to date, in which he has scored six goals and provided seven assists.

The report from the Florence based news outlet goes on to explain that in addition to Nainggolan, AC Milan’s Giacomo Bonaventura is on Fiorentina’s radar and they face competition from Torino and Roma for him.