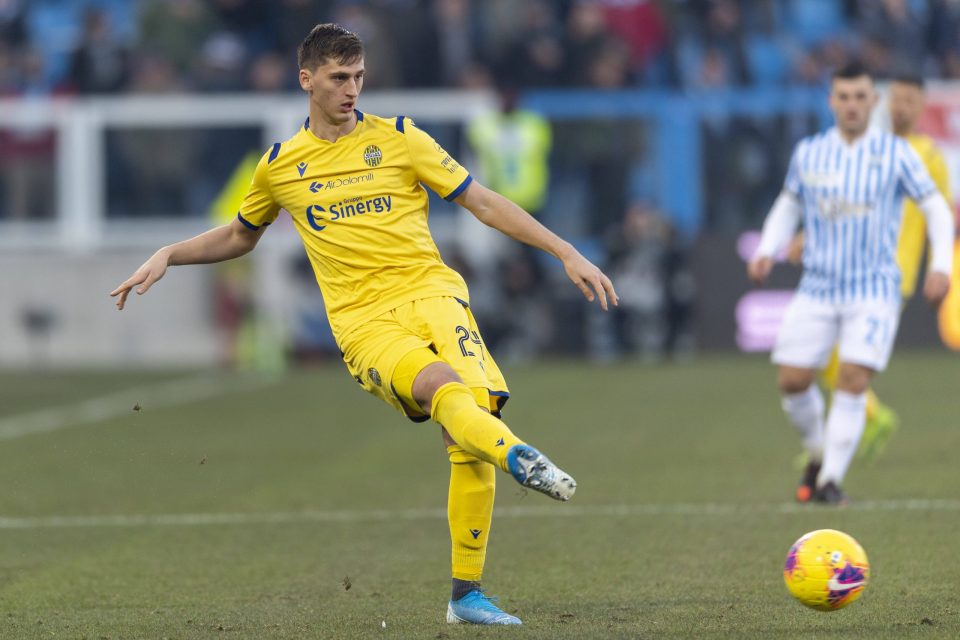 Hellas Verona president Maurizio Setti has admitted that Marash Kumbulla has a number of clubs on his trail ahead of the upcoming transfer window.

The Italian born Albanian national team central defender is widely regarded as one of the best young talents in Serie A and has drawn links to Inter, Lazio and Juventus in particular in the Italian media as of late.

“We’ve closed the deal with Marotta [laughs], jokes aside he is a top-class player, many teams are following him and when the time is right we will do everything calmly,” he explained in an interview with Italian broadcaster Sky Sport Italia, prior to the 2-2 draw with Inter at the Stadio Marc’Antonio Bentegodi.

“We know what we want to get for him. He is an important player who comes from our youth academy who must be valued in the right way.”

He was then asked whether or not the player’s value has been impacted following the season’s resumption post-lockdown.

“Has his value increased after lockdown? Not that much comeon.”

Kumbulla is having his breakthrough season at the Gialloblu club, who he is under contract with until the end of the 2021/22 season.

This season the 20-year-old has made 24 appearances across all competitions to date. In just shy of 2000 minutes on the park, Kumbulla has scored a single goal and helped his side keep numerous clean sheets.