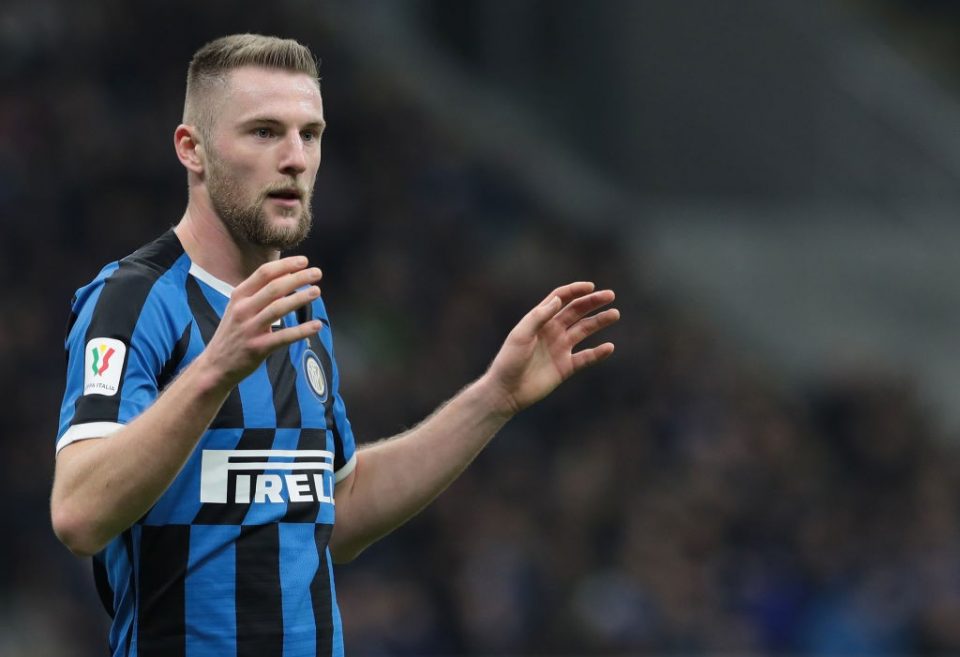 Manchester City are considering making an offer for Inter defender Milan Skriniar, according to a report from Italian media outlet FcInterNews earlier today.

The report details how the Premier League side are looking for a top centre back this summer, with Napoli’s Kalidou Koulibaly being the top choice, although he would cost around €100 million. Inter’s Skriniar is a much more affordable option, instead costing around €60 million.

The 25-year-old Slovakian defender is happy at Inter, even if he has struggled to adapt a little to coach Antonio Conte’s three-man defense, the report continues. An offer will only arrive should the Sky Blues manage to win their appeal against their Champions League ban, with the result set to be announced tomorrow.

Inter would be willing to sell Skriniar, as they are less convinced about him this season compared to last summer, when they refused offers from multiple top clubs, the report concludes. The 25-year-old Slovakian international is contracted to Inter until the end of June 2023.