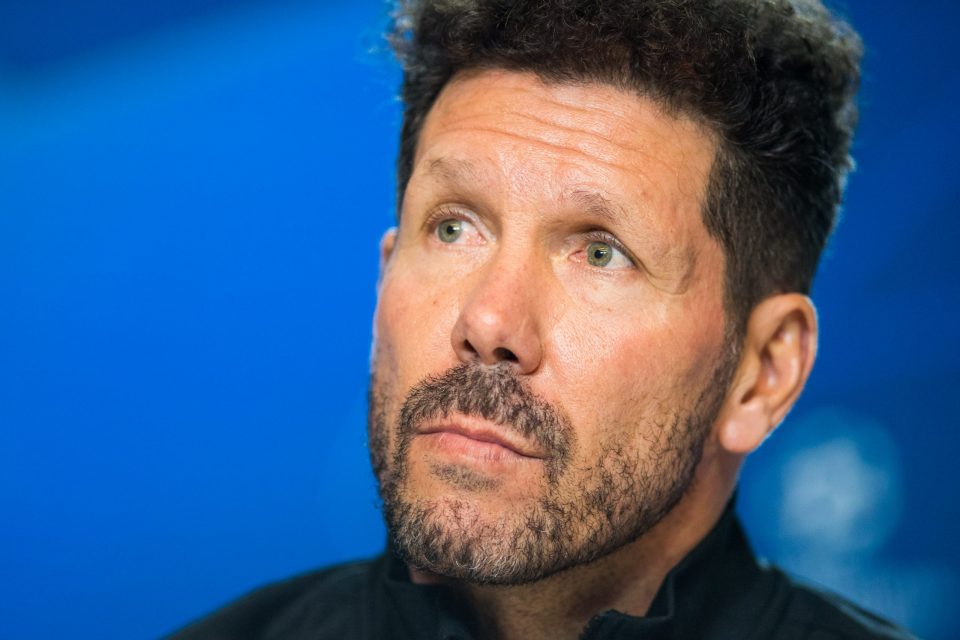 Inter have identified Atletico Madrid’s Diego Simeone as the manager they will go after should Antonio Conte leave the club according to a report from Eduardo Inda, the director of Spanish news outlet OKDiario.

Conte’s situation at Inter has become complicated in recent weeks and following other swipes at club management reports have surfaced stating that he could be sacked or could choose to stand down from his post come the end of the season.

As things stand, Simeone is under contract with Atletico Madrid until the end of the 2021/22 season and his intention is to carry on at Los Rojiblancos.

Simeone currently earns €16 million a year upfront and €19 million when add-ons are included and with Atletico Madrid set to be €100 million worse off next season due to the COVID-19 pandemic, his salary is certainly an issue for them.

However, should he win the Champions League with them, things could change. The report goes on to add that Simeone is tempted by the prospect of taking the reigns at Inter and his arrival as manager would inject real enthusiasm at the club.

The Argentine is no stranger to the club having spent two years of his playing career at the Nerazzurri. A fan favourite during his time with the club, Simeone scored 14 goals and tallied six assists in 85 appearances.