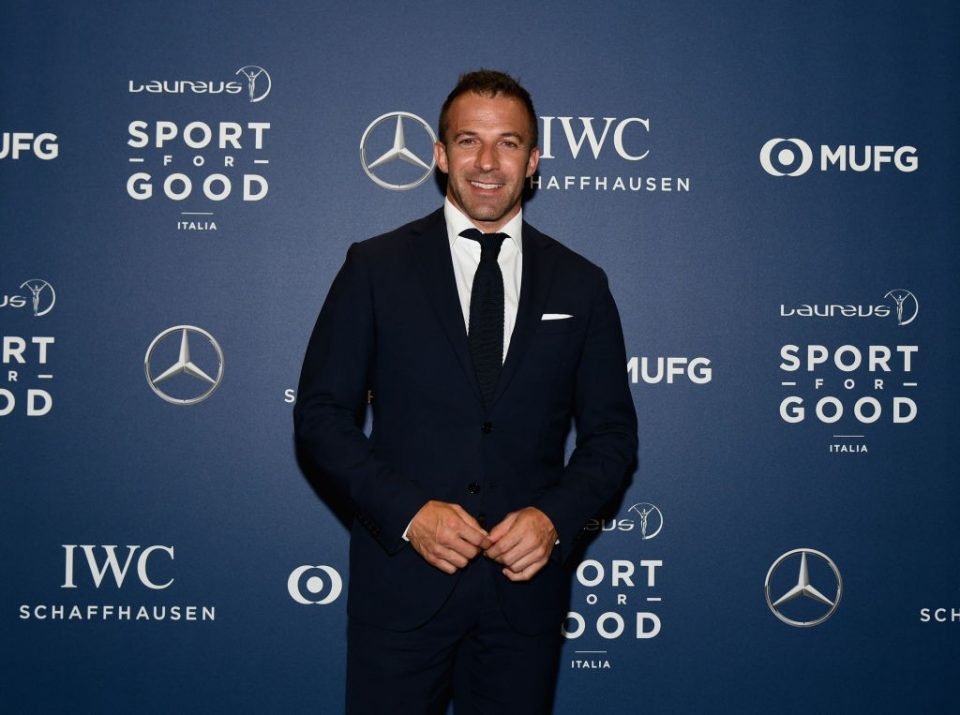 Former Juventus and Italian national team player Alessandro Del Piero has admitted he has been impressed with what he has seen from Inter and pinpointed an area where he thinks the Nerazzurri club need to grow in for next season.

After 34 games played of the 2019/20 Serie A season, Inter are sitting in second place with 72 points to their name. The Nerazzurri club are five points adrift of current league leaders Juventus, who could stretch that lead to eight points if they are to succeed against Lazio later on today.

“Antonio Conte’s needs are very high in terms of tactics and intensity. Inter must grow in terms of personality. If you want a leap in quality you have to kill off the games where you take the lead,” Del Piero explained in an interview earlier yesterday afternoon whilst he was a guest for Italian broadcaster Sky Sport Italia.

“Inter have had a good season, but Conte has always said that you have to grow to be competitive. Now there is the right stability to be able to take the next step.”

Del Piero proceeded to share his thoughts and feelings on an incident in last night’s match between Roma and Inter at the Stadio Olimpico.

“Given what we have seen to date in terms of how VAR has been used, the referee should have blown for a foul on Lautaro.”

In the build-up to Roma scoring their equaliser via a Stefan de Vrij own goal, Inter striker Lautaro Martinez was fouled by Aleksandar Kolarov and although referee Marco Di Bello analysed the incident on VAR he did not cancel the goal out and let it stand.