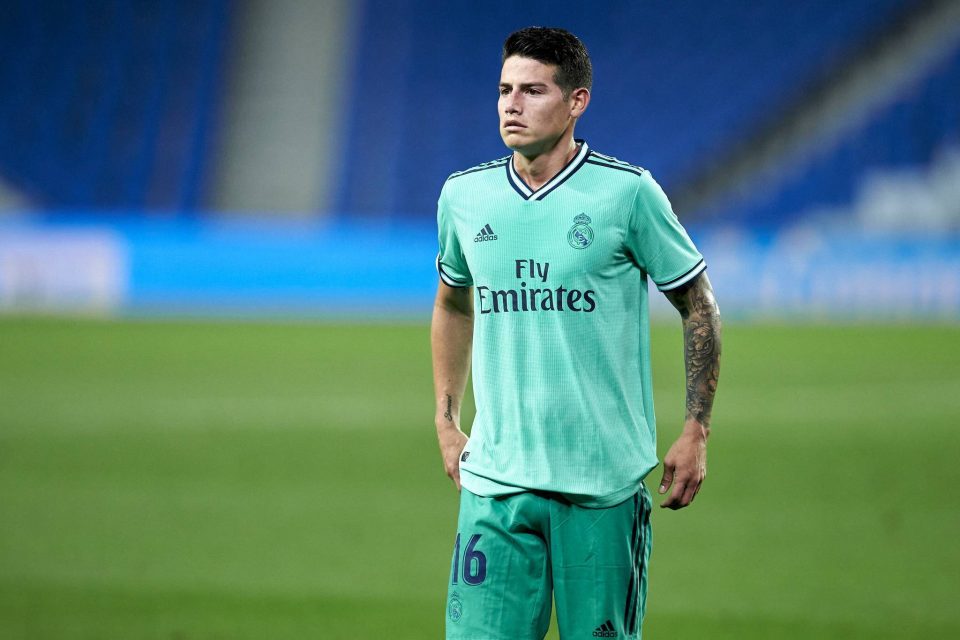 Inter are one of four clubs to have made an offer for Real Madrid midfielder James Rodriguez according to a report from Spanish broadcaster El Chiringuito, which was aired a short time ago.

The Nerazzurri, AC Milan, Manchester United and Benfica have all submitted offers for the Colombian national team midfielder. If a club are to offer €32 million, Real Madrid will let the former AS Monaco player depart the club.

The report explains that Benfica can be as good as ruled out when it comes to having a chance at signing him for two reasons. The first reason is economic and the second is James’ past as a player at fierce rivals FC Porto.

29-year-old James joined his current employers back in 2014 after starring at the World Cup in Brazil and his contract at the Santiago Bernabeu club is set to expire in under a year’s time.

This past season, James has made just 14 appearances across all competitions to date, in which he scored one goal and provided two assists.