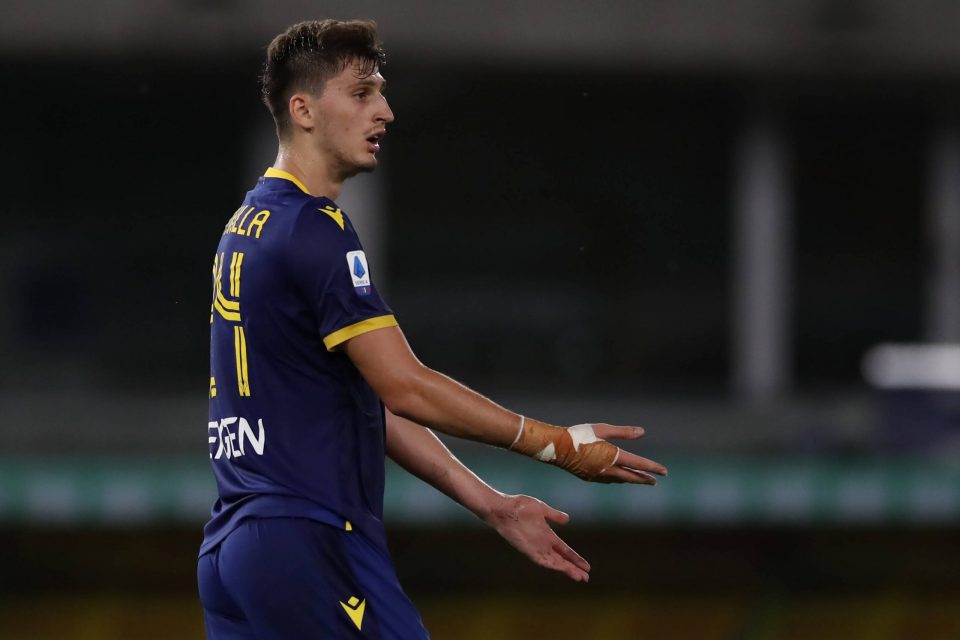 “Lazio or Inter? I don’t know, let’s see, it’s going to be a nice clash. We have certain demands, for us the important thing is that the player and the club are happy. It’s something that will be decided in the next 10-15 days.”

Inter are hoping to sign Kumbulla this summer and then send him back to Verona on loan for another season, in order to give him more regular playing time.

Lazio have been hoping that their increased Albanian presence, namely sporting director Igli Tare and starting goalkeeper Thomas Strakosha, will help to convince the 20-year-old to join the Roman club.

Both the Biancocelesti and the Nerazzurri are incredibly keen to sign the 20-year-old Albanian defender, who is contracted to the Gialloblu until 2022.

He has impressed in his debut season in Serie A with the Veneto based club, making 26 appearances across all competitions, for a total of 2078 minutes. In that time, he has scored one goal and helped the side keep seven clean sheets.