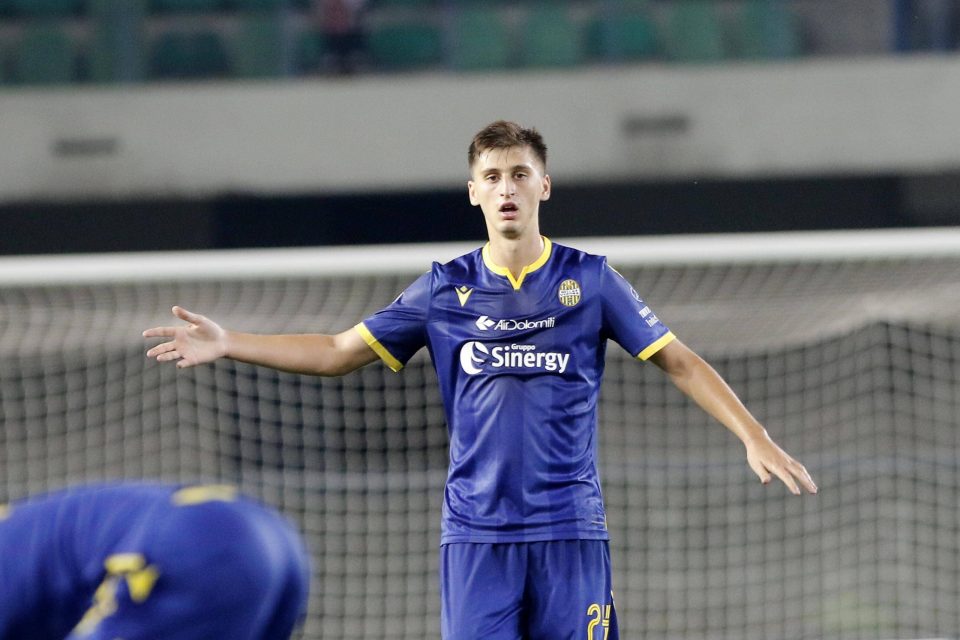 Marash Kumbulla has chosen a move to Inter over Lazio according to a report from Italian broadcaster Sport Mediaset, which was aired a short time ago.

Inter are in the process of trying to find an agreement with his current employers Hellas Verona, who want at least €30 million for him.

Inter are thinking of the best formula that could enable them to get him for less than that. Inter chief executive Giuseppe ‘Beppe’ Marotta is thinking about offering Eddie Salcedo and Edoardo Vergani to Hellas Verona as part of a deal for the Italian born Albanian national team central defender.

Inter would let Salcedo remain on loan with them for a further season whilst they would let Vergani move to the Stadio Marc’Antonio Bentegodi club on a permanent basis.

20-year-old Kumbulla has had his breakthrough season at Hellas Verona this term. He has made 26 appearances across all competitions to date, in which he has scored a single goal.