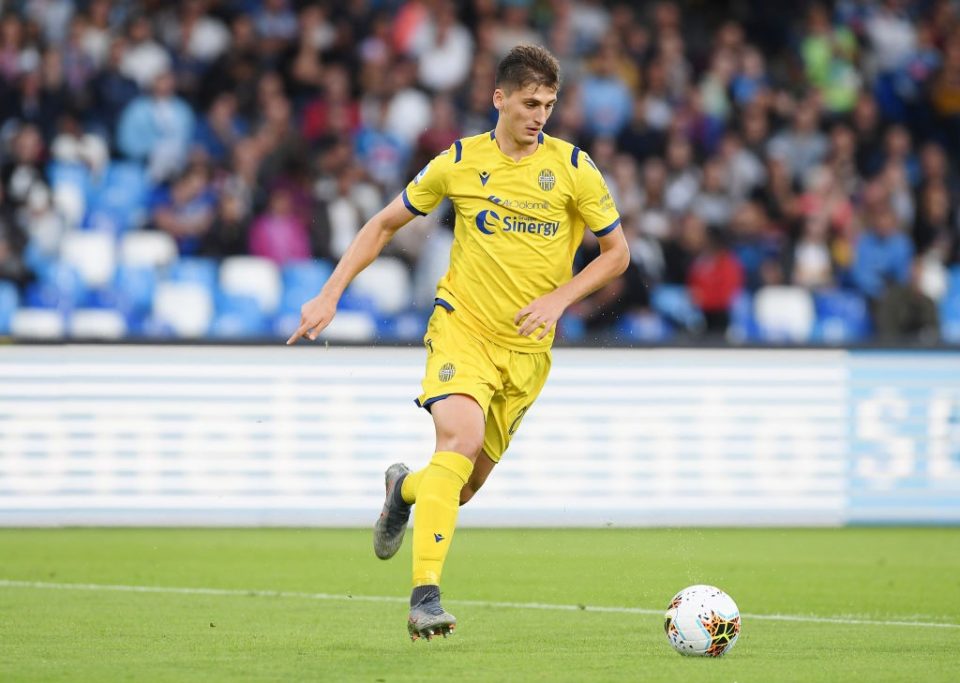 Inter are ahead in the race to sign Hellas Verona defender Marash Kumbulla according to a report in today’s print edition of Italian daily newspaper Tuttosport.

Hellas Verona want €30 million for the Italian born Albanian national team player and Inter plan to make a players plus cash offer for him.

On top of a cash sum, the report from the Turin based news outlet explains that Inter will let Eddie Salcedo remain on loan with the Gialloblu club for another season and will give them young striker Edoardo Vergani on a permanent basis.

Kumbulla has had his first team breakthrough this season at the Stadio Marc’Antonio Bentegodi club and he has proven to be one of the most promising young defenders in Italy with his performances.

The 20-year-old, who has a contract with Hellas Verona until the end of the 2021/22 season, has made 26 appearances across all competitions to date, in which he has scored one goal.