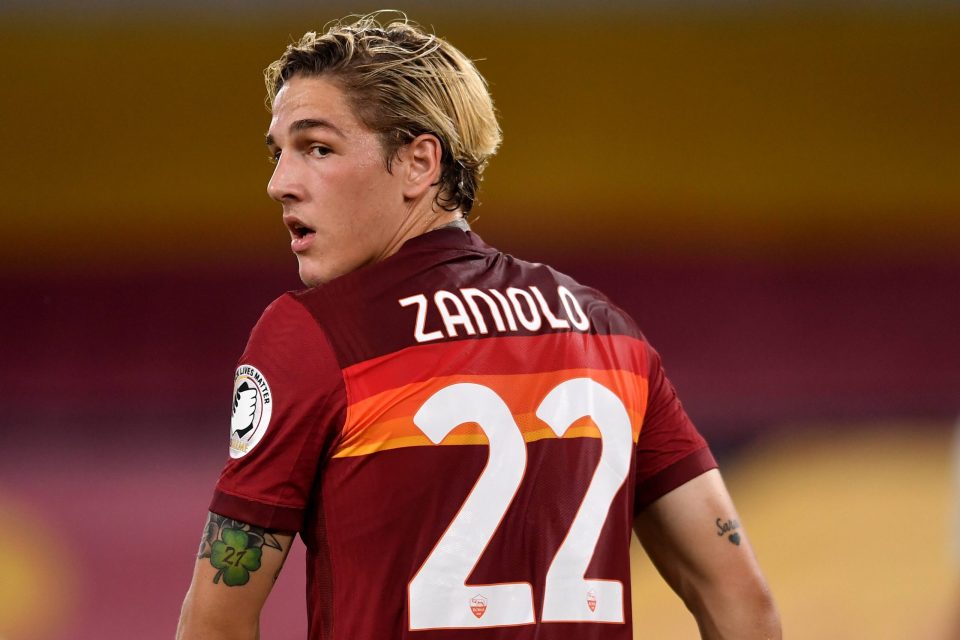 Inter would welcome former player Nicolo Zaniolo back to the club with open arms in the opinion of Italian football journalist Fabrizio Biasin.

The highly rated Italian national team midfielder is currently on the books of Roma, who acquired him back in the Summer of 2018 as part of a deal that sent midfielder Radja Nainggolan to Inter.

Since rocking up in the Italian capital city Zaniolo has blossomed and has become one of the best young Italian players out there at the moment.

Ahead of the upcoming transfer window he has drawn links to several clubs including Inter and their arch rivals Juventus, among other sides outside of Italy.

“Juventus would do anything to bring him to Turin. Even his former owners Inter would welcome him back with open arms (the Nerazzurri get 15% in the event of a sale),” he explained as part of his column in Italian daily newspaper Libero.

This season the 21-year-old has made 31 appearances across all competitions to date, in which he has scored eight goals and provided two assists for his teammates.