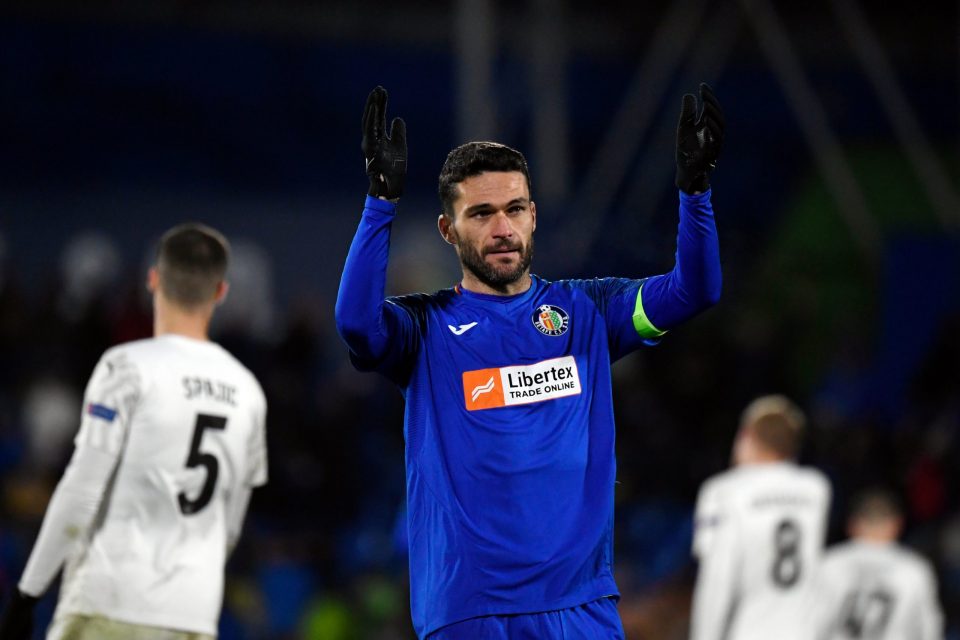 Getafe captain Jorge Molina has shared his belief that they have just over a 30% chance of winning against Inter in tonight’s Europa League match with them.

“We have an incredible desire to measure ourselves up against Inter, even if in a special context that we did not expect. I would have liked to play at San Siro, but also at the Coliseum Alfonso Perez with our fans,” he explained in an interview with Italian daily newspaper Corriere dello Sport, which appeared in yesterday’s print edition.

The veteran striker was then asked about Getafe’s recent struggles and he also spoke on the recent controversy surrounding Inter that has been created following manager Antonio Conte’s latest public outburst after the 2-0 win over Atalanta this past weekend.

“We don’t know what happened, but La Liga is over now.  We have recovered our energy and the hope is to find ourselves again against Inter.

“Inter’s delicate moment? I heard about this but I don’t think this situation will affect what happens on the pitch. In cases like these the players know how to isolate themselves.”

He was then asked how he would define Getafe using just three words.

“I would only use one and that word is team. In the broadest sense of the term, because everyone here works the same way, everyone helps each other, everyone has the same ambition.”

In conclusion Molina spoke on the chances he believes he and his teammates have of overcoming the Nerazzurri, who are widely regarded as one of the favourites to go all the way and win the Europa League.

“Inter are the favourites. They have come into the Europa League from the Champions League, they put Barça in difficulty. I would say they have a 65% ​​chance of winning and we have a 35% chance.”

This season 38-year-old Molina has made 41 appearances across all competitions to date, in which he has scored seven goals and provided three assists for his teammates.